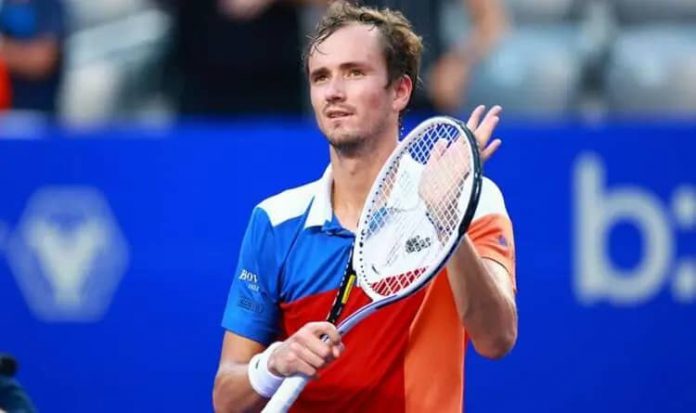 Daniil Medvedev succeeded Novak Djokovic as world number one on Monday, becoming the first man since 2004 outside the game’s “Big Four” of Djokovic, Rafael Nadal, Roger Federer and Andy Murray to occupy the top spot.

US Open champion Medvedev is the third Russian man after Yevgeny Kafelnikov and Marat Safin, and 27th player overall, to rise to the top of the ATP rankings.

The 26-year-old Medvedev, beaten by Nadal in the Acapulco semi-finals last week, was guaranteed to move above Djokovic after the Serb’s quarterfinal loss in Dubai.

Djokovic, who has spent a record 361 weeks as the world number one, was competing in his first tournament of the season following his deportation from Australia in January.

Alexander Zverev stayed in third despite being thrown out of the Acapulco event after smashing his racket on the umpire’s chair several times during a doubles match.

Nadal rose one place to fourth after claiming his third title of the season and 91st of his career. The Spaniard is unbeaten since losing to Lloyd Harris in Washington last August. He ended his 2021 season after that because of a left foot injury.