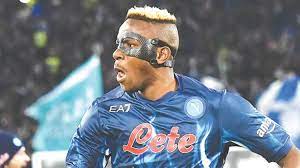 Manchester United are looking to secure a deal for Victor Osimhen at the end of the season.

The Red Devils are keen on adding a top class forward to their squad in the summer.

United have signed Wout Weghorst on loan until the end of this season, but the Netherlands and Burnley forward is not their long-term option.

According to Il Mattino, United are lining up a deal for Napoli striker Osimhen for the summer.

United see the 24-year-old, who has 12 Serie A goals so far this term, as their ideal front man.

Osimhen has led the line for Napoli admirably, while they are top of the Italian league at present.