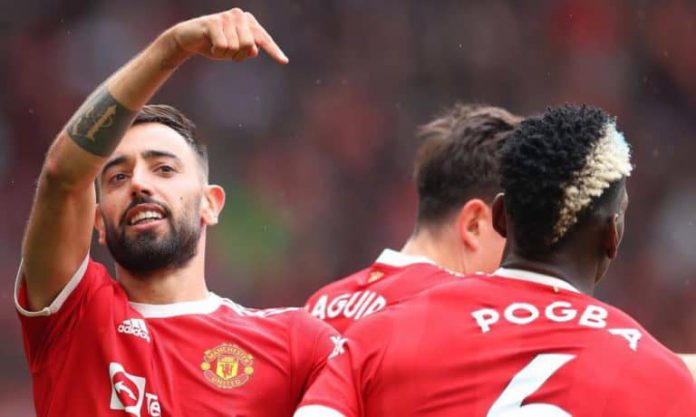 The Champions League last-16 draw was redrawn after a ‘technical problem’ saw Manchester United pitted against group rivals Villarreal, and omitted from being drawn against Atletico Madrid.

Sportsmail understands that UEFA are preparing to re-do the draw at 2pm UK time after United and Atletico sought clarification from the governing body over a number of errors made during the initial draw at 11am on Monday morning.

The draw for the next round first took place in Nyon, Switzerland where former Arsenal star Andriy Arshavin was tasked with drawing the remaining 16 teams from the pot.

However, UEFA chief Giorgio Marchetti was forced to intervene midway through the draw after United were pitted against Villarreal. United qualified for the knockout stage of the competition after finish top of Group F which contained Villarreal, Young Boys and Atalanta.

Teams that have faced each other in the group stage are not permitted to face one another in the last-16, and there was much dismay when Arshavin plucked United out of the pot after Marchetti had picked out Villarreal.

‘No, this is not possible because Manchester United was in the group so we need to draw another one,’ Marchetti said. ‘Manchester United played in the same group as Villarreal so they must be paired with another team.’
Arshavin then selected United’s arch rivals Manchester City as the side to take on Unai Emery’s Europa League winners early next year.

Michael Heselschwerdt, UEFA’s Head of Club Competitions, was tasked with providing the correct balls for Arshavin to draw, as instructed by an ‘external service provider’, and he included United in the pot.
Seven balls were in the pot, when there should have been five. United were incorrectly included, as were Real Madrid. Teams from the same country are also unable to face each other in the last-16.
Following this, United were also incorrectly omitted from the pot to face Atletico Madrid – who were drawn against Bayern Munich. Liverpool faced Atletico in the group stage and were also incorrectly included.

UEFA have since revealed that a ‘technical problem’ was the cause for the errors, with an ‘external service provider’ instructing the officials as to which teams are eligible to be drawn, meaning the draw will be restaged.

‘Following a technical problem with the software of an external service provider that instructs the officials as to which teams are eligible to play each other, a material error occurred in the draw for the UEFA Champions League Round of 16,’ UEFA said.
‘As a result of this, the draw has been declared void and will be entirely redone at 1500 CET.’

Atletico confirmed on Twitter that: ‘We are in talks with UEFA to ask for explanations and a solution after the mistakes made in the Champions League round of 16 draw.’

The redraw could have huge implications on other sides who were not affected by the errors. Real Madrid – who were drawn against Benfica – have reportedly requested that the redraw take place after they were pitted against the Portuguese side, as the mistakes were made from that point on.