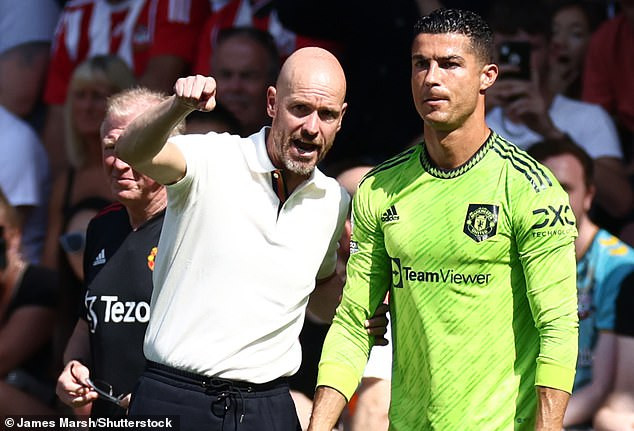 Manchester United coach EricTen Hag has delayed his family holiday in the fallout from Ronaldo’s astonishing interview and has demanded that the 37-year-old never play for the club again.

The Dutchman feels Ronaldo has gone too far in his criticism of the club and against himself and held a meeting with co-chairman Joel Glazer, chief executive Richard Arnold, and football director John Murtough to express his views on Monday November 14.

Its also said that a number of players are ‘furious’ at the timing of the striker’s outburst which first came to light on Sunday, days before the start of the 2022 World.

With the bombshell interview, Ten Hag would be willing to let Ronaldo leave Old Trafford – even if they can’t find a replacement during the January transfer window.