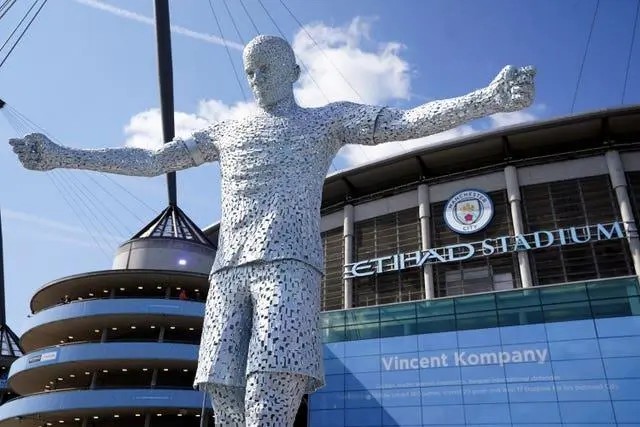 Manchester City have announced that a statue of club legend Sergio Aguero will be unveiled outside the Etihad Stadium to mark the 10th anniversary of his famous title-winning goal in 2011-12.

In his first season with the Citizens, Aguero scored a dramatic winning goal on 93 minutes and 20 seconds to help Roberto Mancini’s side come from behind to beat Queens Park Rangers 3-2, clinching the Premier League title on goal difference ahead of bitter rivals Manchester United.

The statue of Aguero, which will be created by sculptor Andy Scott, will be unveiled as part of City’s 93:20 celebrations expected to take place next month, and will stand alongside statues of the Argentine’s former teammates Vincent Kompany and David Silva outside the Etihad.

City have also announced that they intend to hold a ‘series of events and activities’ in Manchester and around the world, including a balloted event which will accommodate 2,000 fans and special guests including Aguero and former players of the 2011-12 title-winning squad.

After 10 trophy-laden years with the Citizens, Aguero left in 2021 as the club’s record goalscorer, netting 260 times in 390 appearances across all competitions.