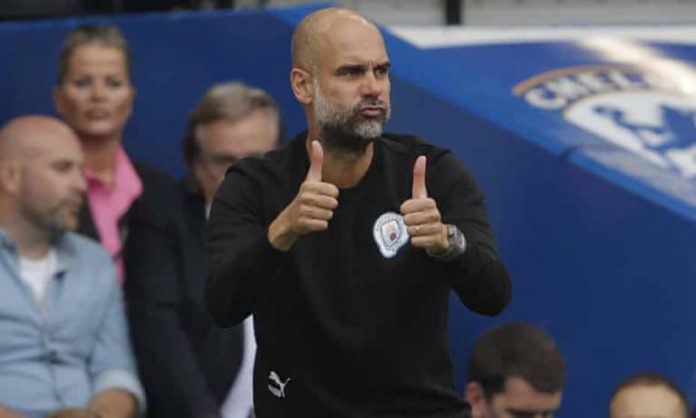 Premier League leaders Manchester City reportedly have a £150m budget for the January transfer window. The Citizens have already done some business this month, following confirmation of Ferran Torres’s €55m (£46.3m) move back to Spain with Barcelona.

Pep Guardiola has been heavily linked with signing a new centre-forward for several months and now that his squad are one forward light, a potential move in this month’s window is now a possibility.

According to Club_app, via the Manchester Evening News, the sale of Torres means City’s transfer budget for the winter window has increased from £84m to around £150m.
Tottenham Hotspur’s Harry Kane remains Guardiola’s primary target, while Borussia Dortmund’s Erling Braut Haaland and Fiorentina’s Dusan Vlahovic are other names the Citizens are closely monitoring.

As well as the mid-season sale of Torres, the summer departures of Angelino to RB Leipzig, Jack Harrison to Leeds United and Lukas Nmecha to Wolfsburg for a combined total of £34.92m, according to transfermarkt, have provided more funds for the English top-flight champions.