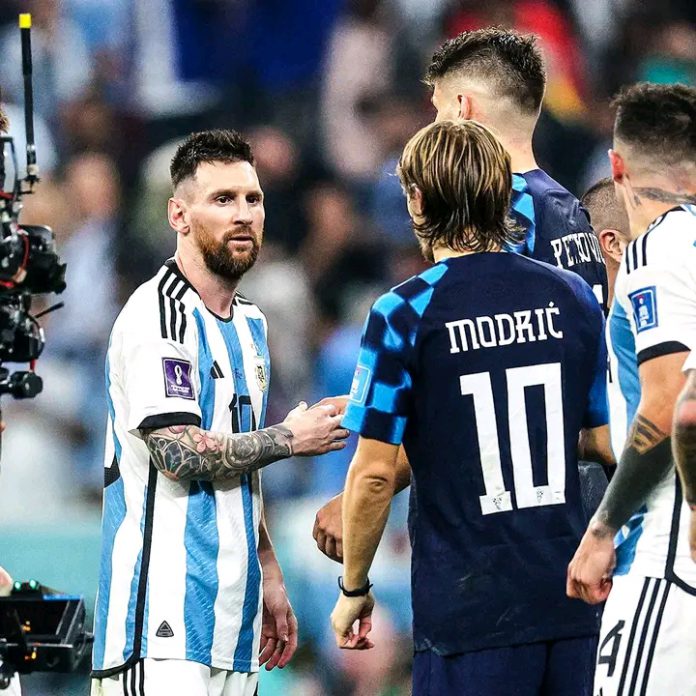 Croatia midfielder Luka Modric was sad after his team were knocked out in the World Cup semi-finals by Argentina and criticised the refereeing of Italian Daniele Orsato.

“It wasn’t to be, but hey, we have to recover and try to win the match for third place. We’re sad, we wanted to be in another final. We have to congratulate Argentina,” said the player, who at 37 may be living through his last World Cup.

The Madridista considered two actions by the referee “key”, a corner that he did not award them and the penalty.

“We were fine, controlling the game and this corner that the referee didn’t give us and the penalty, which for me wasn’t one, changed everything. The Argentine shoots and collides with our goalkeeper, he goes for him, I can’t believe he gave that penalty.

“This changes the game a bit. But we can’t change it, we have to recover and try to win the next game.”

For Modric, playing the game for third place “is not a punishment”, because “it never is, to play for Croatia”.

“We have had a great World Cup and now there is bronze at stake in the game and we have to prepare ourselves, because if we get it it is also a good success,” he said.

Modric also said he hopes that Messi “wins this World Cup, he’s the best player in history and he deserves it,” in a quote carried by Ole.

Jack Grealish and Matty Cash remain absent for Villa ahead of...