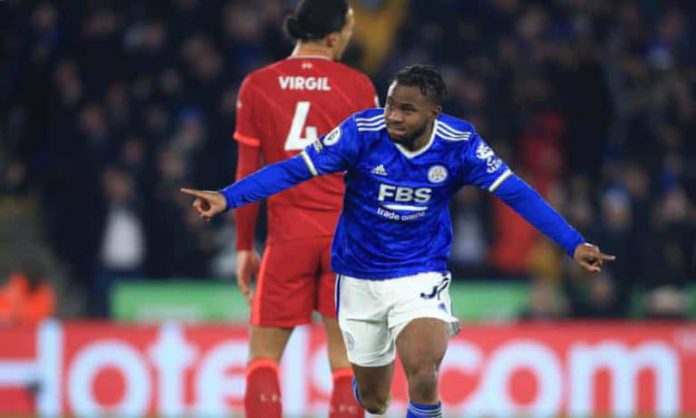 Manchester United legend, Paul Scholes has singled out Ademola Lookman for praise after his brilliant performance, especially in the first half, in Leicester City’s 2-1 loss to Wolverhampton Wanderers in the Premier League on Sunday evening.

Having started his Leicester City career as an impact substitute, the RB Leipzig loanee has forced his way into the starting lineup and the game versus Wolves was his fourth start in the last five Premier League matches.

The lively Lookman tapped into the net four minutes before halftime to cancel out Rúben Neves’ early opener.

In the first half, Lookman’s pace and trickery caused problems for the Wolverhampton Wanderers defenders and he had nine touches in the opposition box, at least six more than any other player.

Speaking on Premier League Productions at half time, Scholes said: “Really good play from Tielemans, we know the quality he has and he showed it with the weighted pass.

“Lookman coming in from the other side, Albrighton squares it. Lookman has been a real threat, he’s been Leicester’s most dangerous player and he’s alert, he comes inside and he gets his goal.”

A World Cup winner at U20 level for England in 2017, Lookman has been tipped for Super Eagles honours in next month’s 2022 World Cup playoff against Ghana after his request for a one-time change of association was approved by FIFA.