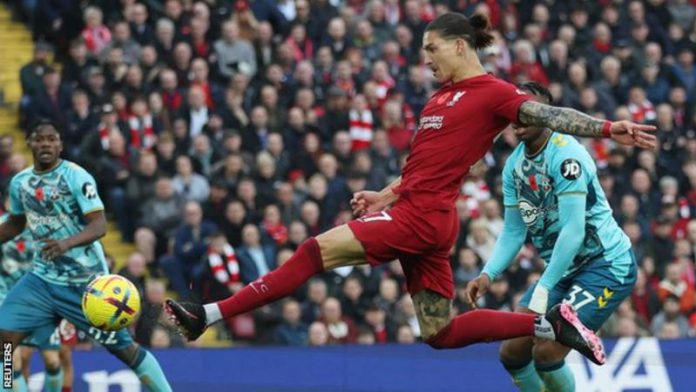 Nathan Jones’ Southampton reign got off to a losing start as Liverpool signed off for the World Cup break with a comfortable win at Anfield.

Roberto Firmino put the disappointment of missing out on a place in the Brazil squad for Qatar behind him by heading the Reds ahead before Saints equalised through the unmarked Che Adams.

Nunez, one of seven Reds players heading for the World Cup as it stands, made it 2-1 when he poked past Gavin Bazunu from close range before tapping home the third after Andy Robertson’s assist.

Liverpool would have won by more but for two outstanding stops by Bazunu, the 20-year-old denying both Mohamed Salah and Firmino at close range.

Reds keeper Alisson also produced a couple of quality saves after half-time, including one to keep out Adams’ header in the 77th-minute.

Lukaku Out Of Action For Inter