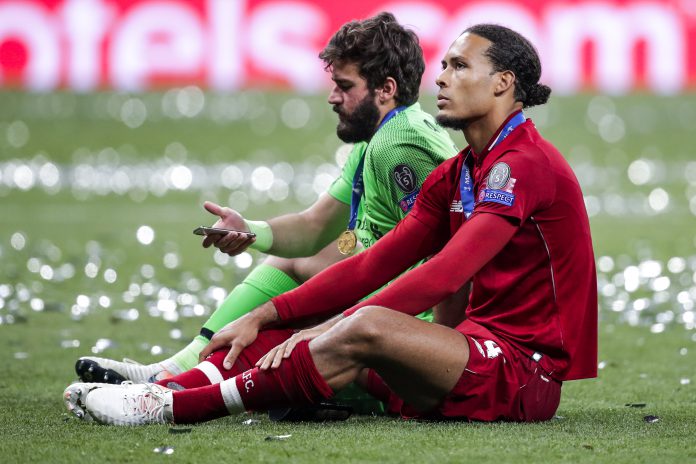 Liverpool have had a fairly dire season to date.

The Reds, in the Premier League, have lost six games in a row at Anfield, and look extremely unlikely to secure a top-four finish.

Despite their dismal domestic form, though, the Merseysiders have continued to shine in Europe.

Jurgen Klopp’s side were drawn against Bundesliga high-flyers RB Leipzig in the Champions League Round of 16.

And though Liverpool have suffered defeat at the hands of the likes of Burnley, Brighton and Fulham recently, they nevertheless went on to pick up a 4-0 aggregate win over Julian Nagelsmann’s side.

Liverpool are now, of course, waiting to find out who they will face in the competition’s quarter-finals, with Porto, Borussia Dortmund and PSG having also secured passage into the last-eight.

And, prior to the upcoming round of Champions League fixtures getting underway this week, Liverpool goalkeeper Alisson has been speaking to FourFourTwo.

During the interview, the Brazilian outlined his Champions League ambitions, revealing that his previous taste of glory in Europe’s elite club competition has since only reinforced his desire to go all the way ‘again and again’:

“Life is about fighting for your dreams.

“You might change a dream or update it, but you must keep fighting for what makes you happy.

“In football, winning trophies is the main goal. Now I know the feeling of winning a Champions League final, and I want to feel it again and again.”

“We’re a very competitive side, so we feel capable of fighting for every competition. You never know what will happen in football. That’s one of the reasons why this sport is loved by almost everyone.

“Unfortunately, we lost one of our key players in Virgil van Dijk [last October]. It wouldn’t be easy for any team to lose such a big player, because he’s the world’s best defender, but our substitutes have been doing a great job. That’s maybe our main quality: we don’t just depend on one guy.”

Ighalo: I Didn’t Bribe Anyone For S/Eagles Return

Super Eagles Will Return To Abuja Soon – Minister of Sports