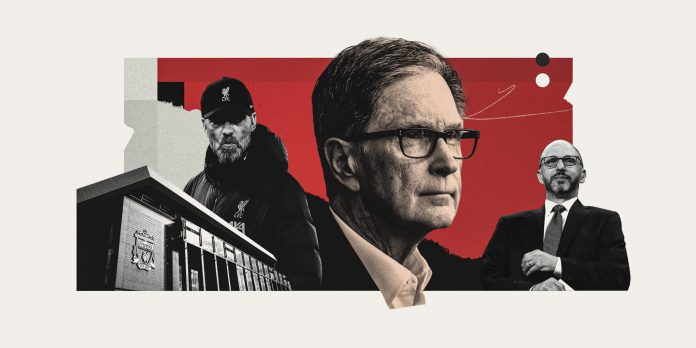 Liverpool’s future direction is uncertain after the owners said they would consider new shareholder following reports the club is for sale.

Here we look at the background to a potential sale of one of the world’s biggest football clubs, which could fetch an estimated £4billion.

The American company, which also owns the Boston Red Sox baseball team, said it “remains fully committed to the success of Liverpool, both on and off the pitch”.

Eight trophies have been won in 12 years since they took over at Anfield, including six under Jurgen Klopp.

He was brought in as manager in 2015, helped change the environment at the club and has delivered a Champions League trophy and their first league title for 30 years.

Liverpool have signed the likes of Virgil van Dijk and Alisson Becker, at the time the world’s most expensive defender and goalkeeper respectively, as well as developing ‘bargain’ buys like Mohamed Salah into world-class talents.

While most of the £300m was used to pay off debts to the banks run up by predecessors George Gillett and Tom Hicks, by the end of the 2017-18 financial year the club had posted record post-tax profits of £106m.

U23 AFCON: Olympic Eagles In Search of Goal Poacher – Coach