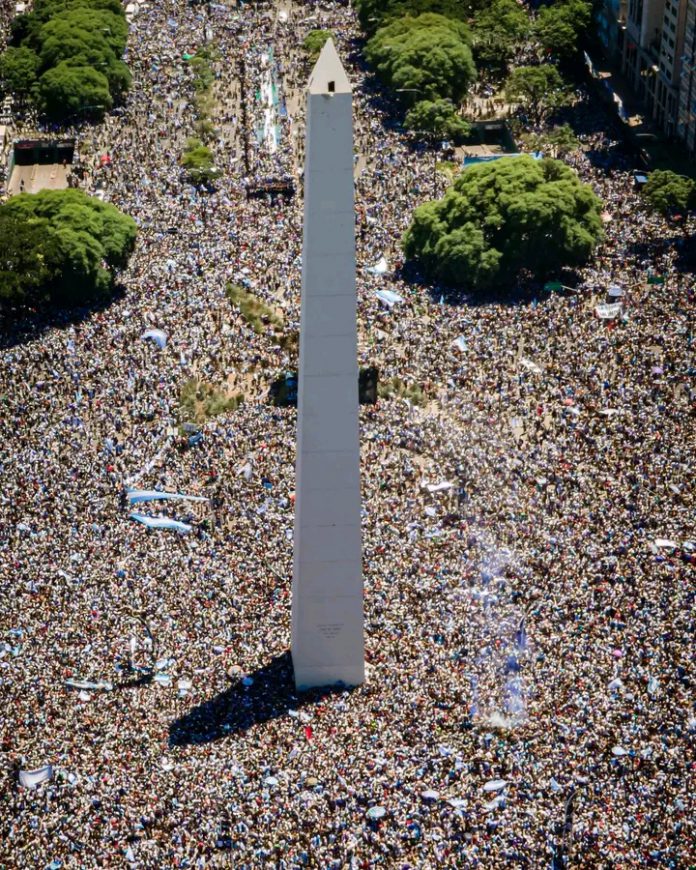 Lionel Messi was greeted to a heroes reception as he returned to his home in Rosario after leading Argentina to World Cup glory.

The 35-year-old returned to his home city for the first time since lifting the World Cup on Sunday, after he was earlier forced to evacuate his side’s winners’ parade earlier in the day, over safety concerns.

Following the parade, Messi was flown back by helicopter from Buenos Aires to Rosario – some 185 miles away – before he was pictured in a car driven by his wife Antonella Roccuzzo, as they headed home.

Upon his arrival, Messi was greeted by hundreds of cheering fans chanting ‘Dale Campeon’ translating to ‘Let’s go champion’.

The jubilant fans had been pushed to two sides by security to clear space for his wife to drive the car through the middle and inside a building.

Messi was born in Rosario and also started his football career playing for Newell’s Old Boys based in the city.

Messi and his family relocated to Barcelona in 2001 when he was 13-years-old and it was at the Spanish club he made his name as one of the greatest players in the world.

The star, now at Paris Saint-Germain, still regularly travels back to Rosario and his home which is on a private estate called Kentucky in Funes.

The monster property, built on three adjoining plots of land in a gated private estate on the outskirts of the footballer’s home city of Rosario, has a huge cinema, gym and underground garage with enough space for 15 cars.

It was a special moment for the people of Argentina, and especially in Rosario who had been longing for Messi to follow in the footsteps of Diego Maradona, and deliver their first World Cup since 1986.

Argentina’s World Cup-winning heroes had to be evacuated onto helicopters after their homecoming parade in Buenos Aires was cut short due to safety fears.