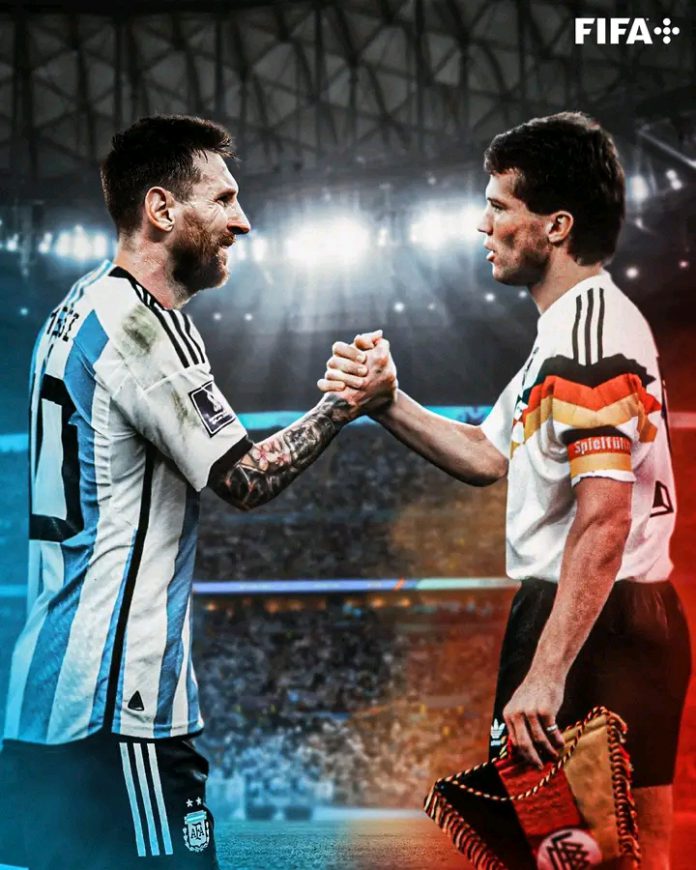 The 35-year-old blasted home from the penalty spot – despite Gary Neville saying it was the wrong call – to give his Argentina side the lead in the 34th minute, after Julian Alvarez was taken out by Croatia goalkeeper Dominik Livakovic.

Messi – who Gary Lineker and others called the GOAT afterwards – made no mistake from 12 yards out, smashing his effort high into the top right corner to notch his 11th goal in the competition.

The Paris Saint-Germain star had moved to 10 goals – and level with Batistuta – as he scored a second-half penalty against Holland in the quarter-finals.

And in putting his side ahead, Messi also drew level with France star Kylian Mbappe on five goals in the race for the Golden Boot.

Messi’s international record has long been criticised, with many picking fellow Argentinian Diego Maradona as their best-ever player, having inspired his country to World Cup victory in 1986.

The forward was instrumental as Argentina won Copa America last year, however, and he has once again played a vital role in Qatar.

In starting the match, Messi – making yet more history – also equaled Germany legend Lothar Matthaus in terms of appearances at the World Cup, with a total of 25.

The seven-time Ballon d’Or winner will move to 26 caps and overtake Matthaus’ record if his side reach the final, where they would play either France or Morocco, on Sunday afternoon.

Messi’s cause was given a major boost just five minutes later, with Alvarez this time converting to put Argentina 2-0 up within the first half.