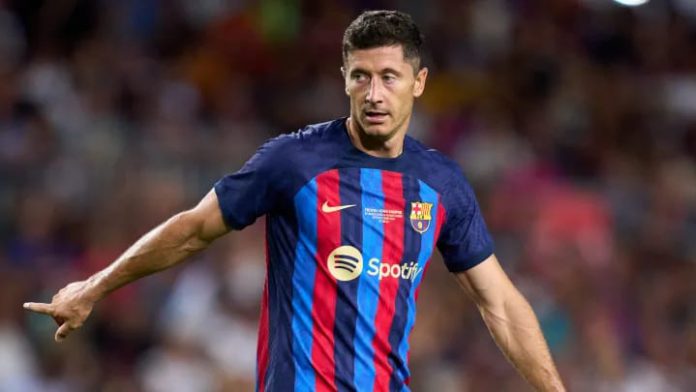 As Barcelona prepare to face Bayern Munich on Wednesday night, a lot is especially at stake for the former.

In the fixture at the Allianz Arena, Barça were arguably the better side on the night, but two quickfire goals from the German giants meant their encouraging display was left unrewarded.

In the upcoming fixture between both European juggernauts, a defeat at the Spotify Camp Nou would spell the end of any hopes of qualification to the Champions League last-16 for the Catalan giants.

Despite Bayern entering the contest as favourites, whilst also being table toppers, Leon Goretzka emphasised just how massive the encounter remains.

“When we play against FC Barcelona at the Camp Nou, be it a friendly game or a Champions League final, it doesn’t matter. It’s going to be a great game that we’re looking forward to. And we will also do everything to win it”, he said, as quoted by Sky Germany.

Another major narrative going into this clash is Robert Lewandowski, who faces his former employers once again in the upcoming week.

After the Polish striker’s love affair with the Bavarian giants ended in ugly fashion this summer, all eyes are on him to see whether he can emerge as Barcelona’s saviour.

As the chances of a player of his stature’s operating in the Europa League exist, his former teammate pointed out why life was good for him in Europe in a Bayern shirt.

“Lewy was very spoiled at Bayern, always progressing at least to the round of 16. But it is what it is – now we can no longer take that into consideration.”

It will be intriguing to see whether Barcelona and Robert Lewandowski can silence Leon Goretzka and co. in such a titanic European fixture.

Chelsea In Talks With Jorginho’s Agent Over New Contract