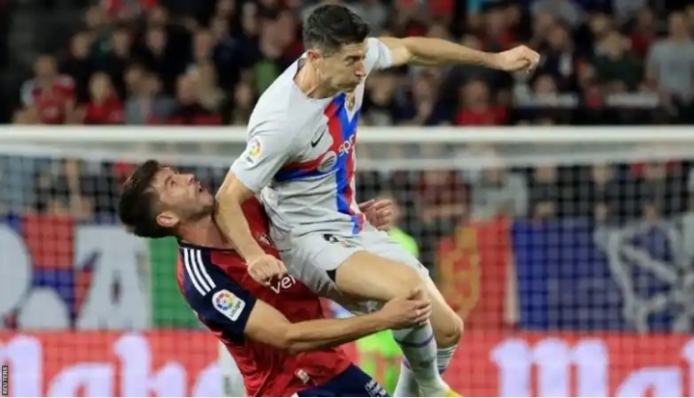 Robert Lewandowski has been banned for three Barcelona matches after a red card in their 2-1 win at Osasuna last week.

The 34-year-old striker, who is currently with Poland at the World Cup, was shown two yellow cards, the second for an elbow to David Garcia’s face.

Gerard Pique has been given a four-game ban after insulting the referee at half-time following that decision.

However, former Spain defender Pique retired after that game.

Barcelona have said they will appeal against Lewandowski’s ban, which the Spanish football association awarded because of a gesture showing a “contemptuous attitude towards the referees”.

It was only the second red card of his career – and he will miss La Liga games against Espanyol, Atletico Madrid and Getafe after returning from Qatar.

Araujo: It was obvious Barca didn’t want me to hurry back...