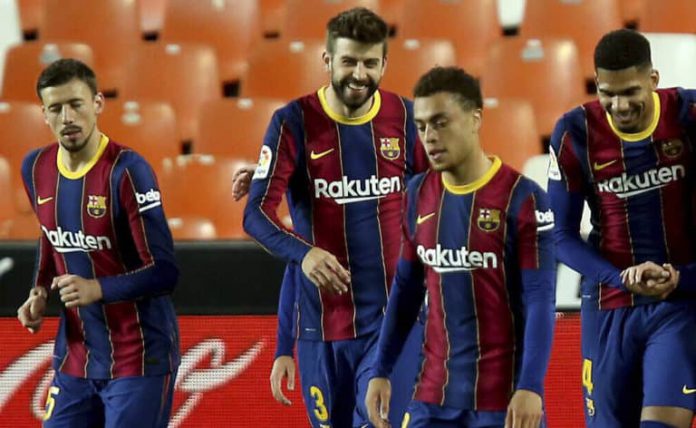 Barcelona president Joan Laporta has insisted that the club will boost their squad during the January transfer window despite the ongoing financial problems at Camp Nou.

The Catalan giants were eliminated from the group stage of the Champions League on Wednesday, and senior figures at the club are believed to have met less than 24 hours later for crisis talks.

Laporta has said that he ‘shares the disappointment of the supporters’ at the European exit, but the president has vowed to bring new players to Camp Nou during the winter transfer window.

“I share your disappointment about our elimination from the Champions League. We all agree that we need to reinforce the first team,” Marca quotes Laporta as saying.

“The problem is that we have inherited some inflated contracts which don’t give us margin with the wage cap. We’re working to find a formula to improve the team this winter. We’re working to do it, and we will achieve it. Now, I’m asking you to all work in the same direction in these times for the good of the club.

“Barcelona will need to move players on before bringing in any new additions due to their squad restrictions, and Frenkie de Jong, Marc-Andre ter Stegen, Sergino Dest, Philippe Coutinho and Samuel Umtiti are all said to be available for the right price at the start of 2022.