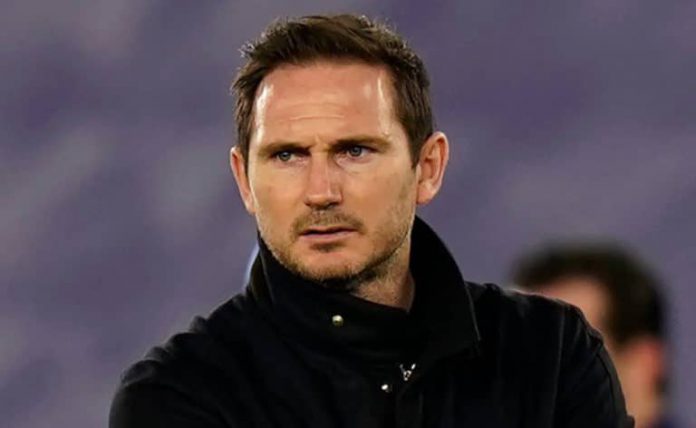 Frank Lampard is understood to have signed his contract to become Everton’s new manager. A formal announcement is imminent.

Lampard put pen to paper during a meeting at the London offices of Everton chairman, Bill Kenwright, after being chosen ahead of Vitor Periera and caretaker manager, Duncan Ferguson, during a final round of interviews on Friday, as first revealed by Telegraph Sport.

Also in attendance when Lampard signed his deal were agents Leon Angel, who is head of football at CAA Base, and his colleague Frank Trimboli.

Lampard has already informed Everton he would like two members of his Chelsea backroom staff to join him on Merseyside in one of his first acts as the new manager.

The first signing of the Lampard regime will be Donny van de Beek with the Manchester United midfielder having chosen ahead of Crystal Palace in a six-month loan.

Negotiations over Lampard’s contract continued on Saturday and he is believed to have informed Everton that he would like Joe Edwards and Anthony Barry, who were both part of his Chelsea staff, alongside him.

Lampard is not expected to meet resistance from his former club if he tries to appoint the pair. Edwards and Barry are highly rated by Chelsea and remained at the club to work in Thomas Tuchel’s staff after Lampard was sacked last year.

But Chelsea will likely leave a decision over their futures to the individuals, rather than trying to pressure them into staying or trying to hold them against their will.

Lampard has decided not to work with Jody Morris, who was his assistant at Derby County and Chelsea, with Edwards, who has graduated through Chelsea’s coaching staff, expected to go with the former midfielder to Everton as assistant-manager.

Barry did his coaching badges with Lampard and may feel he owes the 43 year-old a favour, having been appointed by him at Chelsea. But whether or not that equates to following him to Everton remains to be seen. On Saturday night, sources believed Barry could opt to stay with the European champions.

Rapper Vic Mensa pleads guilty to being in possession of a...

Gauteng PPE company ordered to pay back profits made from R103m...