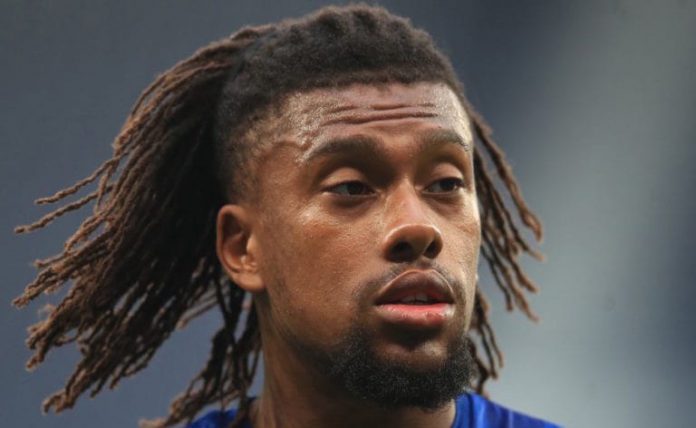 Everton manager, Frank Lampard was on media duties yesterday afternoon to preview the Premier League fixture against Manchester United at Goodison Park and one of the questions he was asked was the form of Alex Iwobi.

The Nigeria international has notched three assists in his last four Premier League matches – as many as he managed in his previous 87 games in the top-flight for Everton.

A tactical change by Lampard has brought out the best in Iwobi, with the Chelsea legend deploying him in a central midfield role for almost all the matches this season.
Asked to share his thoughts on what led to Iwobi’s good form, Lampard told reporters : “Since I’ve been here he hasn’t changed. He has been a fantastic player for me in whatever position I played him in last season.

“In the summer gave pause for thought and how we construct the team as you move forward.
“I wanted to move Alex into a more central position regularly because I really felt it suited his attributes.
“I’m just delighted he’s getting the recognition he deserves as one of the top midfield players in the Premier League at the moment. He’s been fantastic for us.”
Iwobi has been influential for the Toffees this season, notably providing the game-winning assists in their recent wins against West Ham United and Southampton.

Everything indicates that the Hale End Academy product will make his 12th career appearance against Manchester United on Sunday evening.