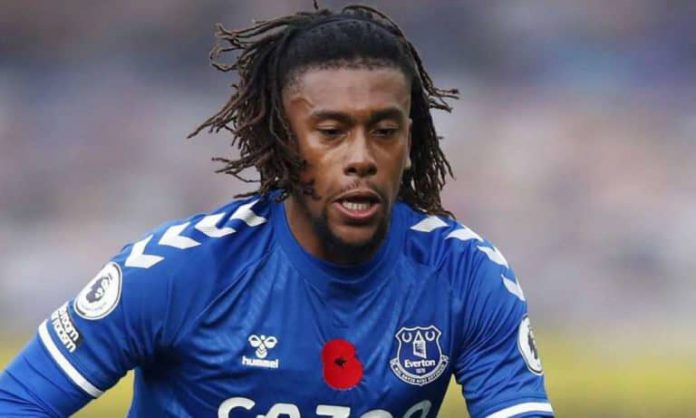 Everton manager, Frank Lampard has refused to criticise Alex Iwobi after his error in the second half led to Jarrod Bowen netting the game-winning goal in a 2-1 loss to West Ham United at the London Stadium on Sunday afternoon.

The Hammers led at halftime courtesy of Cresswell’s 32nd-minute free kick, but Mason Holgate restored parity via a deflection in the 53rd minute.

Five minutes after the equaliser, Iwobi miscontrolled a slightly over-hit pass from Keane, allowing Michail Antonio to be put through on goal.

The number nine’s effort was saved by Jordan Pickford but Bowen was on hand to tap home the rebound.

Lampard refused to dwell on Iwobi’s mistake and chose to praise the Nigeria international, who played in a slightly different role today, for his versatility.

Speaking to reporters at the post-match press conference, Lampard said: “Played really well and I hope people don’t focus too much on the negative and the mistake because if you focus on that you have to remind yourself that he scored us the winning goal against Newcastle in our last game.

“He’s got attributes to be able to play in different positions. I thought his work rate was brilliant, his play against a very strong midfield West Ham, he gave us a lot by coming into midfield and I thought he did well.”

Everton still has a lot of points to fight for as they have ten games to play in the Premier League, though they are currently seventeenth in the table.