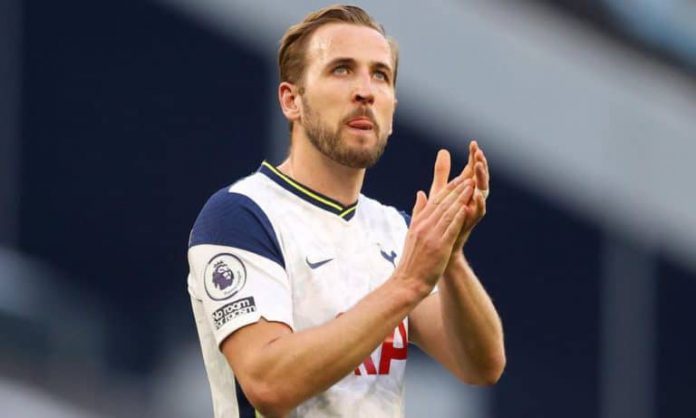 Manchester United would reportedly be prepared to pay at least £100m to stand a chance of signing Tottenham Hotspur striker, Harry Kane, during this summer’s transfer window.

The Red Devils are expected to move for a new centre-forward ahead of next season, with Edinson Cavani set to leave on a free transfer, while there remains uncertainty surrounding Cristiano Ronaldo’s future.

There have recently been suggestions that Mauricio Pochettino will target a move for Kane if the Paris Saint-Germain head coach becomes the new manager at Man United for next season.

The England international would allegedly be open to joining Pochettino at Old Trafford, having failed to engineer a big-money move to Manchester City last summer.

According to ESPN, a switch to the 20-time English champions ‘is a possibility’, but the 28-year-old would cost the club at least £100m during this summer’s transfer window.

The report claimed that Kane would also want wages in the region of £350,000 a week, which would place him alongside David de Gea as the second-highest earner at the club behind Ronaldo.

The England captain has scored 17 goals and registered three assists in 34 appearances for Spurs during the 2021-22 campaign, while he only has little over two years left to run on his current deal.

No underage person will vote in 2023, INEC affirms