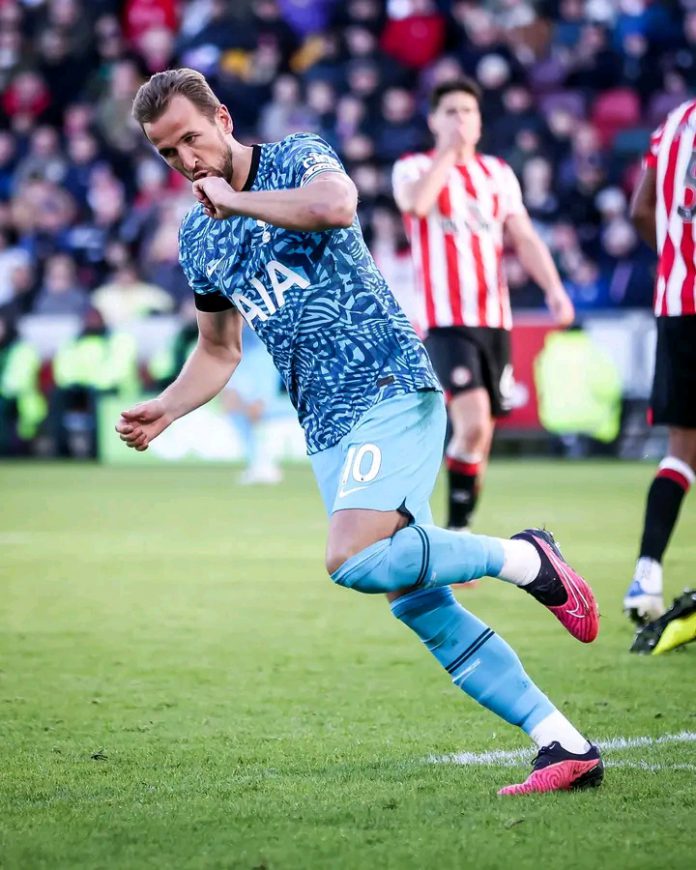 England captain Harry Kane scored in the first Premier League match since the World Cup as Tottenham fought back from 2-0 down to draw with Brentford.

The Bees were on course for their first win over Spurs since 1948 after goals from Vitaly Janelt and Ivan Toney, before Spurs netted twice within six minute

Kane, who scored one penalty and missed another in England’s 2-1 quarter-final loss to France, pulled one back in the 65th minute with an excellent header from Clement Lenglet’s cross.

Pierre-Emile Hojbjerg made it 2-2 with a curling finish – and neither side was able to find a winner, with Kane heading a chance against the crossbar.

The hosts had taken a 15th-minute lead through Janelt’s close-range effort after goalkeeper Fraser Forster, in his first league start for Spurs, could only block the ball into his path following Mathias Jensen’s volley.

Brentford doubled their advantage as Toney grabbed his 11th league goal of the season, reacting quickest to tap in after Christian Norgaard had headed on a corner, but it was not enough.

Zimbabwean mastermind among five nabbed for kidnapping of businessman