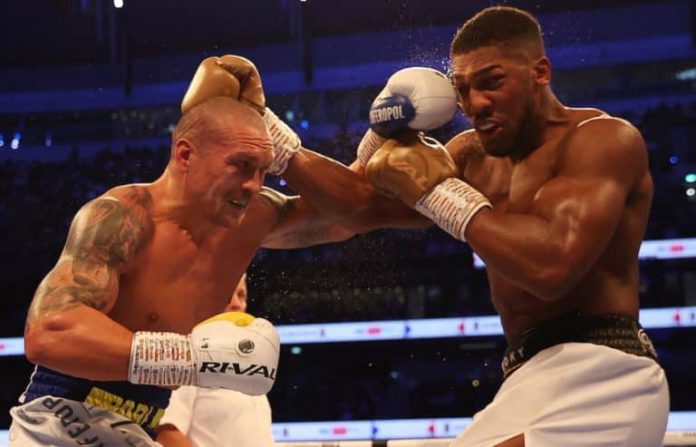 HEAVYWEIGHT BOXER Luis Ortiz believes Anthony Joshua will lose again to Oleksandr Usyk in the rematch. The heavyweight bout is scheduled to take place in March after Usyk beat AJ at the Tottenham Hotspur Stadium last month. The Ukrainian was convincing in his dominant win as he claimed the WBA (Super), IBF, WBO, and IBO heavyweight world title belts. And because of that, Ortiz thinks things will be difficult for the Brit once again.Asked about Joshua’s chances against Usyk in the rematch, Luiz told FightHype.com: “He’ll lose again.”

Joshua, 32, has travelled to California in an attempt to find a plan to beat Usyk next time around.He has been visiting gyms and picking the brains of some of the top trainers and fighters, taking on board their advice to formulate a plan to win back his belts. He has already visited Canelo Alvarez and his trainer Eddy Reynoso, as well as Virgil Hunter, who masterminded double world champion Andre Ward’s immaculate unbeaten career.

Tyson Fury’s trainer, SugarHill Steward, believes Joshua has what it takes to overcome Usyk – just as he did in the rematch against Andy Ruiz jr.He said: “He has to jump into that fight with Usyk, the plan’s already been laid out. He’s done it once before with Ruiz.

”This is just another step for Anthony Joshua – something he overcame last time and something he can overcome again this time.”And it seems Joshua could take a different approach to secure a victory over Usyk in March.AJ has promised to be ruthless and treat his next bout against the 34-year-old as a war – he is “done” trying to outbox Usyk.

He said: “I’m done with f***ing losing. I’m done with trying to learn the sweet science.”The referee might get thrown on the floor in the next fight because this is war. ”It’s just straight war, I’m annoyed. I’m boiling up even speaking about it – it’s that passion to win.”