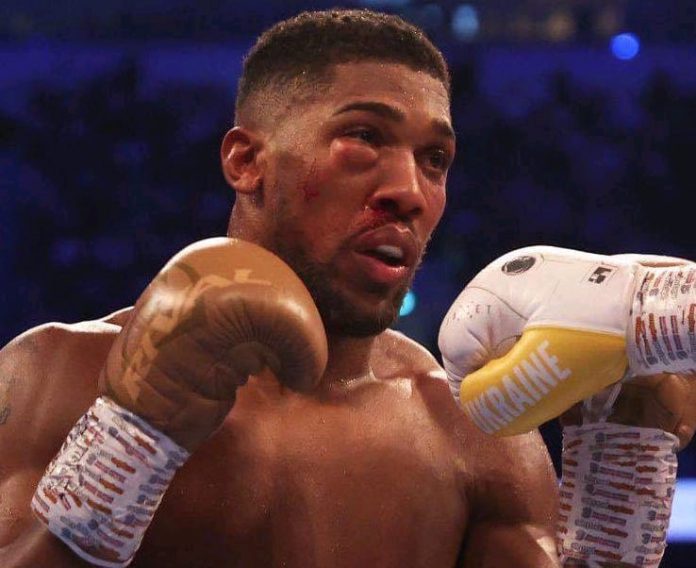 Hearn revealed that Joshua will only consider fighting a big name when he makes his in-ring comeback next year, after two world title defeats to Oleksandr Usyk.

Joshua’s promoter believes a showdown with Wilder would provide the 32-year-old Brit with the biggest fight in heavyweight boxing despite admitting a clash with Dillian Whyte being the most likely option.

‘If you’re looking at three fights next for which you hope for him to have, maybe you go Dillian Whyte, Wilder, Fury,’ Hearn told Boxing Social.

‘I mean that would be the dream year, but probably one of them would be nice the way everything’s going.

‘I do feel that AJ–Wilder is just a massive global heavyweight fight.

‘Two titans that the fight could end at any moment. I think it’s a tremendous fight.’

A potential super fight with Tyson Fury fell through after Joshua’s camp failed to meet strict time constraints from Fury who wanted a deal closed quickly ahead of a December clash.

However, Joshua is still in training despite having no confirmed opponent ahead of his return.

Hearn has pinpointed early 2023 as the likely time for AJ’s next fight but it is unlikely to be announced until after Whyte’s fight against Jermaine Franklin at Wembley Arena on November 26.

Hearn added: ‘Originally in December if that Tyson Fury fight could get made but now it hasn’t and probably January or February is when it gets made.

‘Talking to him the other day he wants to fight Dillian Whyte and… Whyte is the front runner if he comes through.

‘There is the Wilder situation which is definitely a fight he is looking at.

‘And I don’t think he wants to start looking outside of the top ten of the governing bodies.’