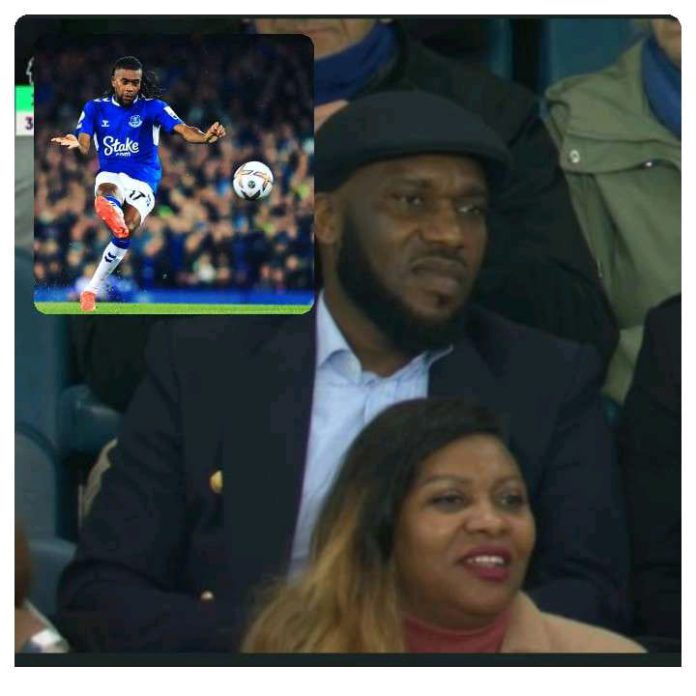 Alex Iwobi has dedicated his stunning goal against Manchester United to his uncle and Super Eagles legend Austin Jay-Jay Okocha.

Iwobi post-match interview talked about his feelings and scoring his goal in front of his uncle who was among the fans at the Goodison Park on Sunday night.

“It was a good one, after stealing the ball off Manchester United. When the ball came to me, I thought the goalkeeper was off his line and I curled it to his side.”

“Seeing him (Okocha) in the crowd after, I did say Champ you did score this kind of goals, so am proud to dedicate the goal to him.”

The Nigerian has also insists Everton will quickly dust themselves down, learn lessons and be ready to go again after their seven-game unbeaten run came to an end with a 2-1 defeat to Red Devils.

It was Iwobi’s first goal of the season – a superb curling strike from 25 yards – gave the Blues an early lead on the night, but the visitors hit back via Antony and Cristiano Ronaldo to snatch all three points.

Iwobi has been directly involved in four Premier League goals this season for Everton (1 goal, 3 assists), twice as many as any teammate. He has scored or assisted in three consecutive league appearances for the first time since April 2016.

Insight into Zidane’s stance on Gareth Bale and fee Tottenham will...