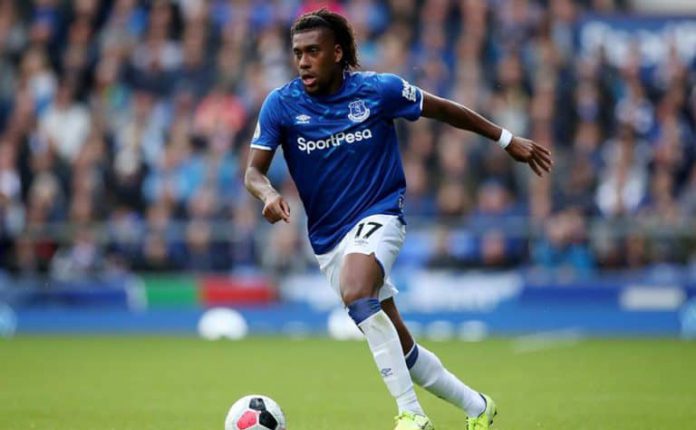 Super Eagles star, Alex Iwobi, is delighted to have ended his Premier League campaign with Everton on a high despite the various challenges.

Iwobi had the toughest test of his career last season. The Super Eagles star had a difficult start to the season as Everton struggled to win games.

Everton sacked Rafael Benitez and employed Frank Lampard in January. The Toffees showed promise after the Chelsea legend took over, but they still looked unconvincing. Iwobi’s problems were further compounded by an error in Nigeria’s fortuitous loss to Tunisia at the Africa Cup of Nations.

However, when it looked like the chips were down for the Toffees, and they would get relegated with six games left, a string of wins which climaxed with a comeback 3-2 victory against Crystal Palace ensured their safety in the English top-flight.

Iwobi hit form at the right time, and he played a significant role in helping the Toffees. Lampard used him in midfield and fullback positions, and Iwobi was brilliant.

Everton suffered a 5-1 demolition at Arsenal on the final day of the season, but it was an inconsequential loss, as the Toffees’ safety was already guaranteed.
Iwobi took to social media to share his delight in surviving a brutally difficult season.

“The most mentally challenging season of my career so far is over, and I’m proud to have come out of the other side stronger, sharper, and hungrier than ever.”

Everton could undergo a major shakeup this summer to avoid a repeat of last season, and Iwobi would look to keep his place in Lampard’s team.