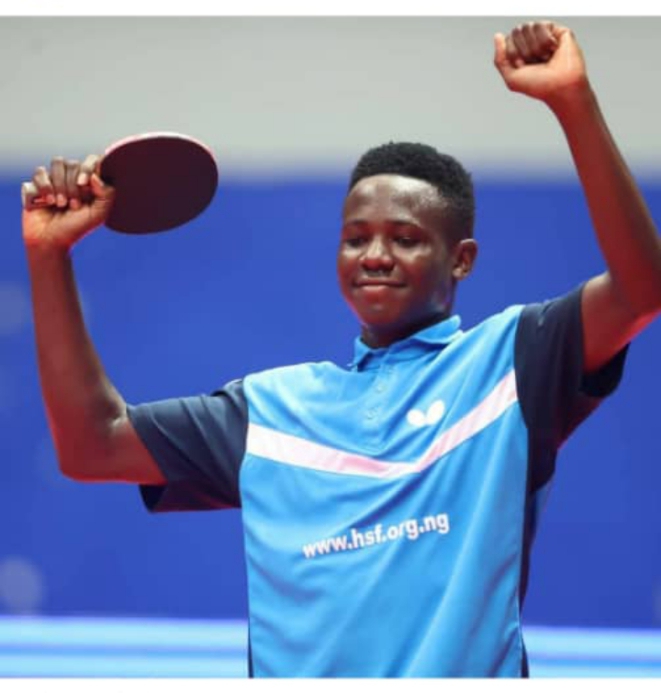 Nigerian junior Table Tennis sensation, Usman Ishola Okanlawon on Friday made history in faraway Tunis, capital of Tunisia when he became the first African in history to win a silver medal in the ITTF WTT Youth Star contender series.

No African player has ever gone beyond the round of 16 in a WTT World Youth Star contender series but Okanlawon broke the jinx thus becoming the first African U15 player to emerge second in the World Youth contender series and first overall in Africa in the U15 category.

In a pulsating final at the salle multisiciplanaire de Rades in Tunis, Russian, Ilia Koniukhov defeated Usman Okanlawon (11-8, 11-8, 11-9) to win the series.

Speaking to the press after his podium performance an elated Okanlawon said determination and focus helped him achieve the feat and hope to achieve more as he climb the ladder of success in his career.

Facts ahead of Portugal’s clash with Ghana

Pogba Set To Return From Injury