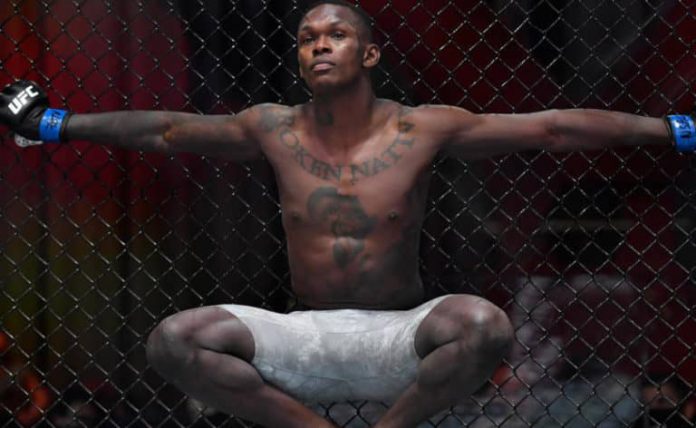 Jake Paul has been banging the drum on the topic of UFC fighter pay for the past year, and Israel Adesanya seems to appreciate those efforts.

Adesanya, the reigning UFC middleweight champion, is basking in the glow of two recent career highlights: his successful UFC 271 title defense against Robert Whittaker and the signing of a new lucrative contract.

According to Adesanya, his new deal, which was announced during UFC 271 fight week, makes him the second-highest-paid fighter in the promotion behind only Conor McGregor. Adesanya is very happy about it, and he gives at least some credit to Paul, who consistently has challenged UFC president Dana White to pay his fighters better, not to mention UFC heavyweight champion Francis Ngannou, who remains at odds with the promotion over his own contract situation.

“I think Jake Paul was the right guy to (challenge Dana White) at the time,” Adesanya told talkSPORT. “He was one of the guys to get this conversation going that Francis jumped in. You have me even now speaking about it.

“Just because I got my new deal doesn’t mean I just shut up about it. I’m not wrong in saying I think everyone should be getting paid equally for their work. I get paid quite nicely, and I’m still greedy. This is the game we’re in, in prizefighting.”

Although the terms of Adesanya’s new UFC contract weren’t disclosed, he’s made it clear that he’s satisfied with it. Adesanya, whose ascent to stardom was quick, has said he hopes for a trickle-down effect from the UFC as it relates to improved fighter pay.
Adesanya is concerned with more than just top-level fighters such as himself.

“I’m talking about the guy who is having the second fight in the UFC,” Adesanya said. “I think they should be paid well enough that they can have a 12-week training camp without having a second or third job. They can pay their managers and have their training fees taken care of and still have enough to live on comfortably.

“What you get there is the notion of rising tides lifts all boats because you get a better quality product by having fighters completely train on fighting, and they’re going to put on a better show, and then the company rises up. Trust me. It’s a momentum that is happening right now, and I don’t think it can be stopped. This one is going to go all the way.”