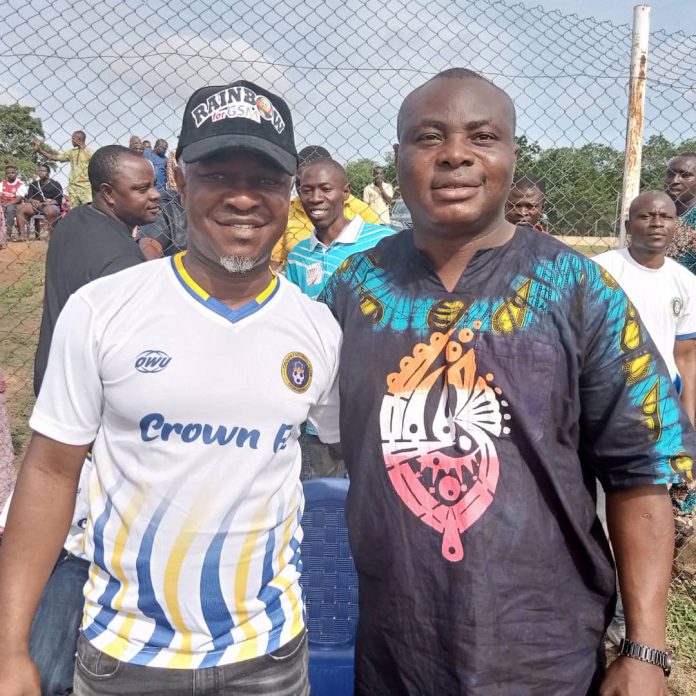 Hon Akinwale Akinwale , Chairman Ogbomoso United Football Club has said more investment and funding of sport development will reduce the abuse of drugs among youths in the country.

Akinwale who was at LAUTECH football field to cheer Crown Football club players on their home encounter with Grodosky FC also commend Governor Seyi Makinde for upgrading of stadium accross the state and funding of the sector.

According to him, there is need for government and all the stakeholders to increase budgetary allocation for sport so as to enhance more participation and enhance develop talents.

“The prevailence of drugs and other menaces in the society is on the high side and i think this is caused by idleness and lack of engagement in skilful and meaningful brain tasking venture.

The ogbomoso born footbal enthusiast and entrepreneur while oo speaking the Ogbomoso United football Club said the team is doing well and he would do everything to take the the team to the next level.

“So far the players and the Management team are doing well and i am impressed and i am hopeful that the future is clear.

The match ends in 4-1 in favour crown FC