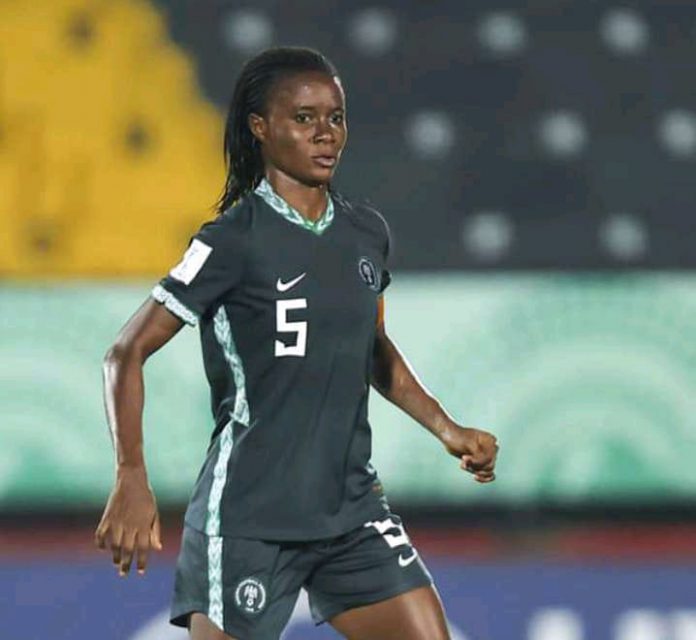 Ahead of the second international friendly game against the United States, newly invited defender Tosin Demehin has seen the opportunity as a privilege

Demehin was one of the outstanding Falconets that participated in the 2022 FIFA U20 World Cup in Costa Rica.

She was invited alongside Rofiat Imuran, Esther Onynezide and Deborah Abiodun.

In a two minutes video, Demehin further said her game against the United States is better than what she had against Jamaica.

“Playing against the best in the world is not an easy task, I feel great because is a privilege and opportunity.

“There are so many young players looking for an opportunity so I feel great.

“In the first game, there are so many errors, I will go into the second game giving my best and I believe my best is yet to come.

“I have improved in so many areas so my game against the United States is better”, she said.