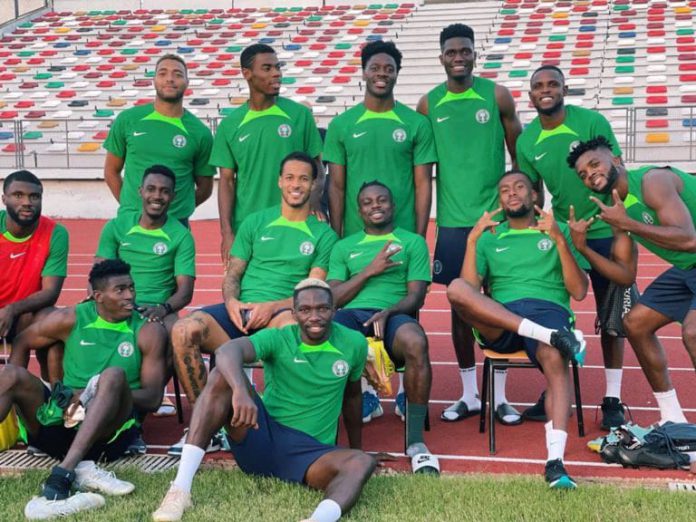 Eighteen Super Eagles players have arrived at the Nigerian national team camp in Constantine, Algeria, ahead of the September 27 friendly encounter against the Desert Warriors.

Eighteen Super Eagles players have arrived at the Nigerian national team camp in Constantine, Algeria, ahead of the September 27 friendly encounter against the Desert Warriors.

Hajduk Split defender Chidozie Awaziem was the first player to arrive at the camp.

Club Brugge’s Raphael Onyedika has honoured his first international call-up, and Leicester City Wilfred Ndidi has since joined him.

There is a return to the national team fold for Hoffenheim’s Kevin Akpoguma, Nottingham Forest’s Taiwo Awoniyi, and Hertha Berlin’s Chidera Ejuke.

The arrival of Super Eagles regulars Moses Simon and Alex Iwobi has been confirmed.

As at the time of this report, six more players were expected to arrive in camp in the coming hours.