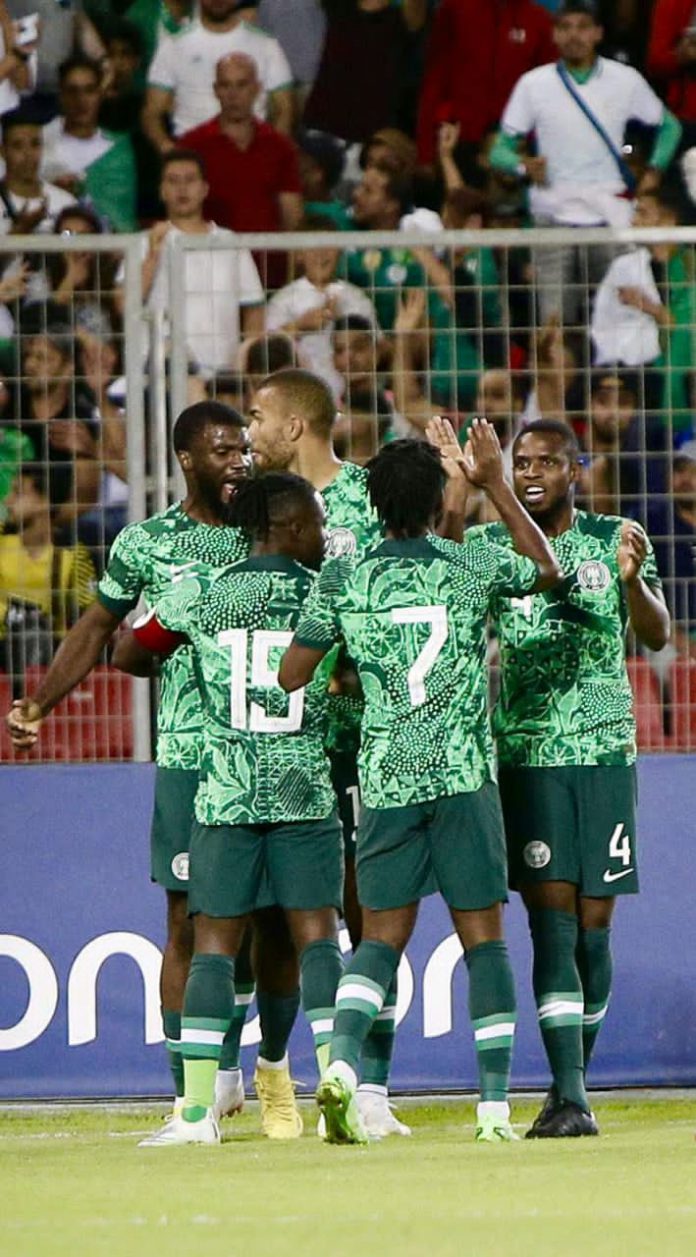 Ahead of the much-awaited international friendly against the Selecao of Portugal, 16 Super Eagles stars had their first training sessions a few hours they arrived at the camp in Lisbon.

Ajax Amsterdam defender Calvin Bassey who was touted to be injured was among the early bird and trained too.

The tune-up game against the World Cup-bound team is billed for the Estadio Jose Alvalade in Lisbon with a kick-off time of 6.45 pm Portugal time (and 7.45 pm in Nigeria).

Meanwhile, the Selecao of Portugal also resumed camp for the game against Nigeria and the 2022 World Cup.