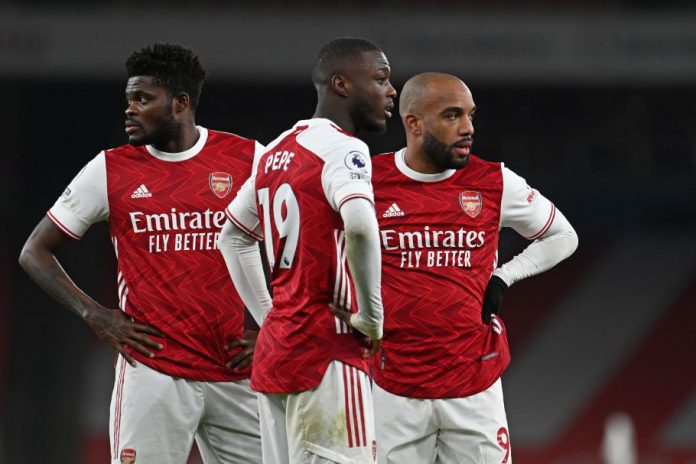 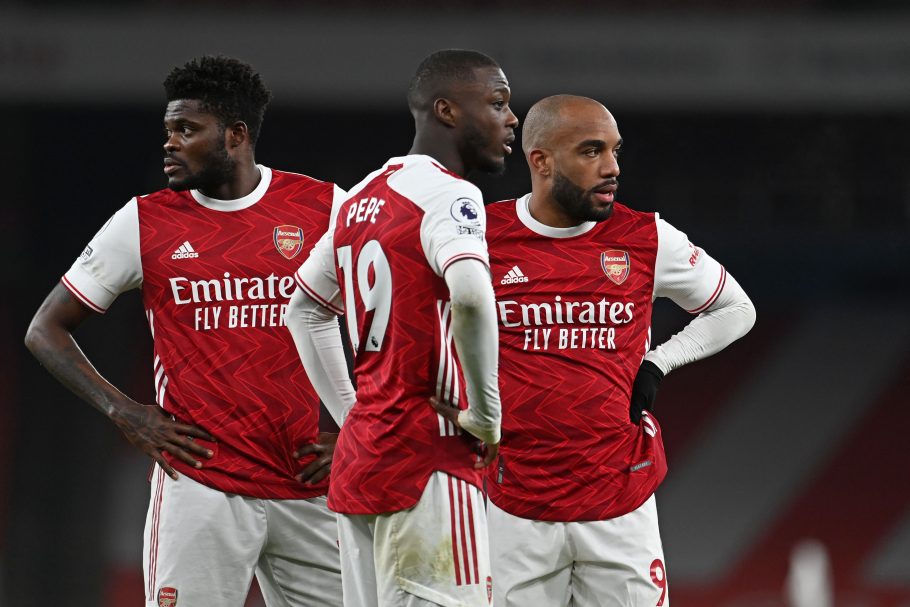 A tactical insight into the fine display on the part of Arsenal star Nicolas Pepe versus Leicester City this afternoon has been provided post-match, showcasing his significant improvement when backed by Cedric Soares.

Mikel Arteta’s men were of course back in Premier League action a short time ago.

The Gunners made the trip to the King Power for a meeting with high-flying Leicester, aiming to build on their crucial midweek victory over Benfica.

And, when all was said and done, this is precisely what Arsenal managed.

It was actually the hosts who took the lead in the clash, when Youri Tielemans was afforded far too much space to drive forward and slam beyond Bernd Leno just 6 minutes in.

Arsenal, though, to their credit, gathered themselves, before levelling things up through David Luiz’s fine header with 40 minutes gone:

The run was great, the header was even better 👌

David Luiz totally lost his man in the box and pulled Arsenal level at the King Power Stadium! pic.twitter.com/8Yv1IWFw66

Alexandre Lacazette then turned the clash on its head on the stroke of the interval, slotting home from the penalty spot to put the visitors in front.

And Arteta and co. went on to make sure of all 3 points early in the 2nd-half, as Nicolas Pepe capped off a stellar individual display to slot home from close range at the end of a slick team move:

Nicolas Pepe makes it 3-1 to Arsenal!

A clever assist from Willian to finish a quality move 👊 pic.twitter.com/NoRAZN2eCc

Arsenal have now climbed back into the top-half of the Premier League table, just 3 points adrift of 6th-placed Liverpool.

On the back of a fine afternoon all-round for the Gunners, in turn, a host of the club’s stars have since deservedly been singled out for widespread praise.

The likes of Granit Xhaka, David Luiz and even the oft-maligned Willian proved superb throughout proceedings at the King Power.

None, though, have been met with more persistent adulation than Nicolas Pepe.

Another member of Mikel Arteta’s squad to have been heavily criticised to this point in the campaign, the Ivorian international stood up in a major way this afternoon, taking full advantage of the opportunity afforded to him with an all-action, intent-filled performance.

Nicolas Pépé was fouled 5 times vs. Leicester City, more than any other player on the pitch.

Pepe was responsible for both the spot-kick won by Arsenal, and their crucial 3rd of the day, to stake a claim for a starting berth over the weeks ahead.

And, as outlined above, on the back of a timely reminder of his talents, an insight into one of the key aspects behind the former Lille man’s improved showing has since been provided.

As revealed in the aftermath of the clash, Pepe combined with Cedric Soares down the visitors’ right flank on no fewer than 31 occasions versus Leicester.

This came with the latter having continued to drive forward from his full-back berth, overlapping with intent, and, in the process, opening room for his partner in crime to work his magic.

This represents a stark contrast to the pattern down Arsenal’s right in their meeting with Manchester City last weekend, when Pepe managed to combine with Hector Bellerin on a paltry 7 occasions during their time on the pitch together:

Nicolas Pépé wanted to play with “a RB who constantly overlaps,drawing players so he has room to operate”

Pépé’s performance today was one of his best for Arsenal. pic.twitter.com/14Ey0h159z