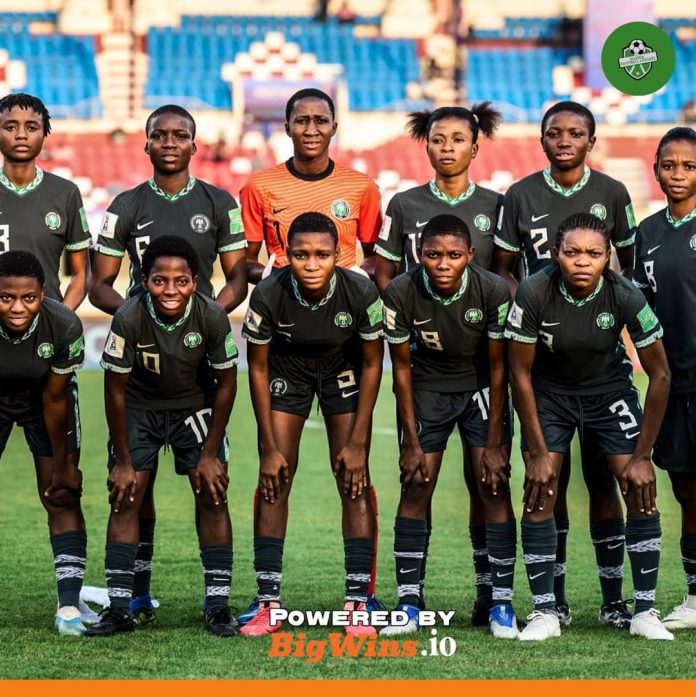 Nigeria women’s u-17 national team, the Flamingos will look to outwit and outsmart the United States when the two sides meet at the semifinal of the FIFA u-17 Women’s World Cup in India today.

The Flamingos reached the quarterfinal stage for only the fourth time in their history after finishing as runners-up in Group B.

The Bankole Olowokoore-tutored girls defeated New Zealand and Chile and lost to Germany to amass six points from three games.

Even stiffer competition is expected against the United States.

The Stars and Stripes won Group A with seven points after winning two, drawing one, and losing none of their games.

A 1-1 draw with Brazil was sandwiched between comprehensive 8-0 and 4-0 victories against India and Morocco, respectively.

Despite the storied adventure of both teams at the Mundial, this is the first time Nigeria will face the United States at this level.

The Flamingos’ best result at the tournament is three quarterfinal finishes at the 2010, 2012, and 2014 editions of the World Cup.

The United Stars have been far from dominant in this tournament, despite being the beaten finalist in the inaugural edition in 2008.

Since then, the Yanks failed to make it past the group stage of the 2012, 2016, and 2018 editions, and Nigeria will fancy their chances against the inconsistent Americans.

The United States will be the favourites to advance at the expense of the Africans, considering their reputation in the game.

But the Flamingos are no minnows, losing just once in five years.