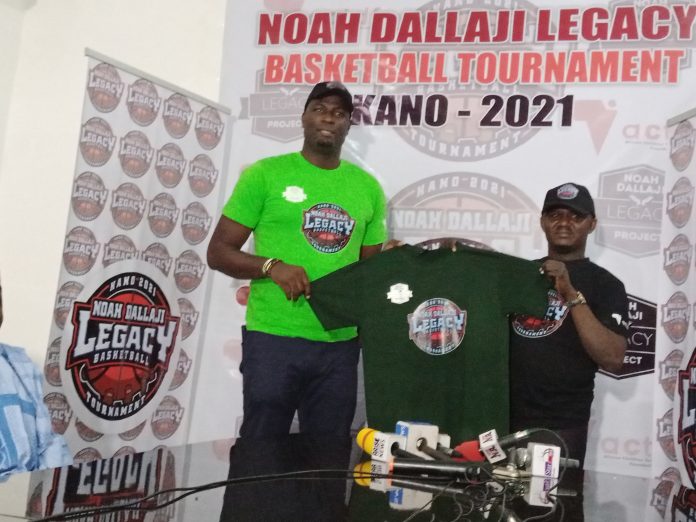 The maiden Noah Dallaji Legacy U-17 Basketball Tournament will dunk off on 8 and ends 14 August, 2021 in Kano state.

Seven states from the three geo-political zones in the North have indicated interest in participating in the maiden Championship where talents discovered will be sponsored to academies abroad to further enhance their chances of succeeding in their careers.

Kano State Sports Commission is hosting the seven-day tournament which is sponsored by African Children Talents Discovery Foundation (ACTDF). ACTDF is a Non Government Organization (NGO) that has organised different sporting events to help discovered talents and develop their skills in European academies.

According to the President of ACTDF, Eng Noah Dallaji, the Foundation was set up as platform for young Africans to help their careers and in turn reduce the menace of crimes crippling the society.

He discovered that talents abound in Africa and Nigeria in particular adding that these talents need to be given opportunities to be able to blossom their careers.

He said, “In 2020, the first ACTDF sporting programme was organised in Bauchi where football stars across the continent gathered to encourage young talented players in and the second edition of the event came up this year that lit up Bauchi State as the stadium was filled up to the brim for the first time in so many years for a sport event.

“From the event, we have penciled down seven talents identified and tracking their records and by the grace of God they will soon join different academies abroad to further boost their careers. That’s a platform we can give them so that we can young people that can represent this country at the higher level. In doing that we believe we are incorporating the young people and giving them a life and that is what we hope to achieve with this Basketball event in Kano.

He continued, “The competition is for those basketballers under the age of 17 because it is strictly for talents discovery. Seven states are participating in this edition. The states are Kano, Kaduna, Bauchi, Gombe, Kwara, Plateau and Sokoto state. It involves states from the three geo-political zones in the north. Also, during this program, there will be mentorship program where we will be having professionals to educate the talents on life after their basketball careers. This will help the players to be developed mentally, socially and emotionally. There will also be training for the coaches as well.” He concluded