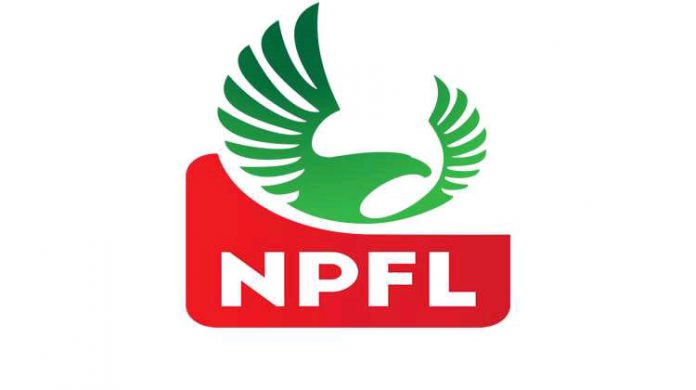 Chairman, Interim Management Committee IMC), Hon. Gbenga Elegbeleye has said the days of owing referees indemnity forcing them to rely on the home teams to foot the bills are over.

The former Chairman of National Sports Commission added that the body has secured sponsor for payment of the referee Indemnities for the next three years.

He revealed this at the colourful draw ceremony held inside the press conference hall of the Sandralia Hotel, where the 20 NPFL teams were calibrated into two different groups for the purpose of the abridged League season, already approved by the NFF.

“IMC has secured a sponsor to foot the indemnities of match officials for the next three years, with the payments to be done directly from the company to the appointed match officials.” Elegbeleye told journalists in Abuja.

He added, “We are committed to eradicating the malaise of indebtedness to match officials, which compromises them and lowers their morale to do the right thing.

“The IMC has also increased the winner’s prize for the season to the sum of N100 Million, which is a hundred percent increase on what was in place previously.”

Meanwhile, President of the Nigeria Football Federation, Alhaji Ibrahim Musa Gusau has applauded the Interim Management Committee of the Nigeria Professional Football League for its efforts to reposition the Nigeria League, following the conduct of the Draw for the new Season in Abuja on Wednesday.

“Let me state clearly that the NFF is satisfied with the efforts the IMC headed by Hon. Gbenga Elegbeleye has been making to rebrand and reposition the NPFL since its inauguration. The NFF commends the IMC Chairman and all his members for the highly successful pre-season tournament held earlier in the month, and also for the actualisation of this Draw Ceremony.

“The commitment to engineer changes that will deliver a vibrant Nigeria League and a viable football economy in the country remains as firm as ever. The NFF will continue to provide the necessary support to the IMC to fulfill its terms of reference in flying colours,” Gusau said. He was represented at the event by the NFF’s Director of Communications, Mr. Ademola Olajire.

The Honourable Minister of Youth and Sports Development, Chief Sunday Dare was represented by his Chief of Staff, Alhaji Abba Abdullahi Yola.

The Draw Ceremony grouped the 20 teams into two pools of A and B, with Matchday 1 set for 8th January 2023.