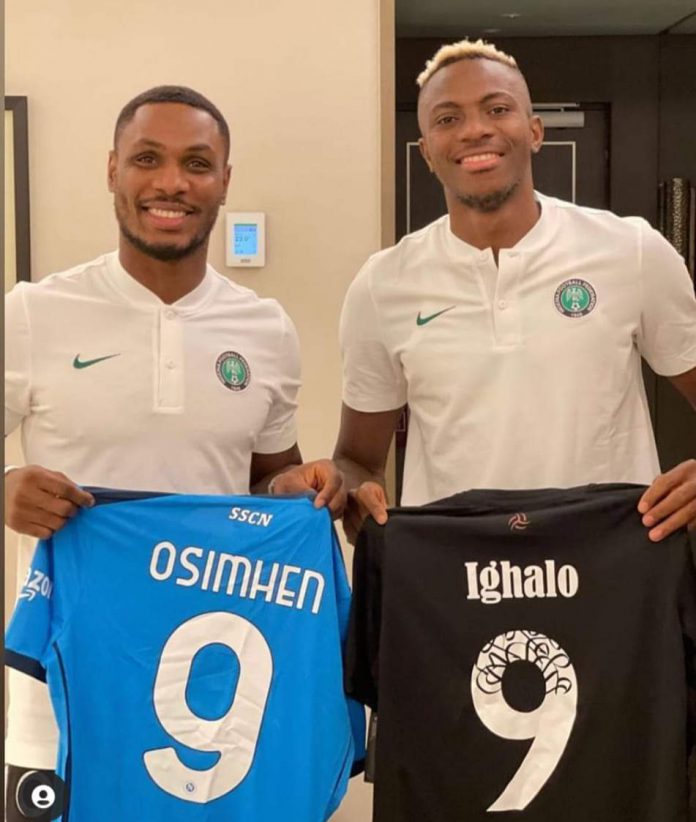 Nigeria manager Gernot Rohr has confirmed that former Manchester United striker Odion Ighalo will be included in the matchday 23 in Tuesday’s crucial 2022 World Cup qualifying match against Cape Verde at the Teslim Balogun Stadium in Lagos.

Ighalo missed out entirely on the matchday squad against Liberia at the weekend after reporting for international duty late in Morocco and missing the tactical session.

The former Flying Eagles skipper called time on his international career after the 2019 Africa Cup of Nations but has been persuaded by Nigeria Football Federation boss Amaju Pinnick and Rohr to reverse his decision.

Rohr confirmed that Ighalo is in good physical condition and the striker is set to be involved in some capacity against the Blue Sharks.

Speaking at Monday’s pre-match press conference, Rohr stated : “Ighalo, after the late arrival, after the long trip also, he had a second vaccination so it was not a good moment for him to come back with only training session with the team.

“We always try to give the best conditions to the players but now he was with us, he trained with us, he is fit and he will be be in the group for tomorrow.

” Rohr highlighted that Ighalo was recalled to the Super Eagles because he needed an experienced head who can mentor the young strikers in the team.

“He can add his experience, his maturity, also his leadership.

We have a young team especially forwards, they are all young all our forwards.

“In this department Ighalo can help us very much.

We have wonderful goalscorers, Osimhen, Kelechi who can score.

“I don’t know if he will start the game or not.

We will take a a decision after the training of tomorrow morning but Ighalo will help us.

“He can score every moment, each situation he’s able because he’s very clever to score a goal,” Rohr added.

The 32-year-old Ighalo has proved this season that he has not lost his scoring touch, notching nine goals in eleven appearances in the Saudi top-flight.