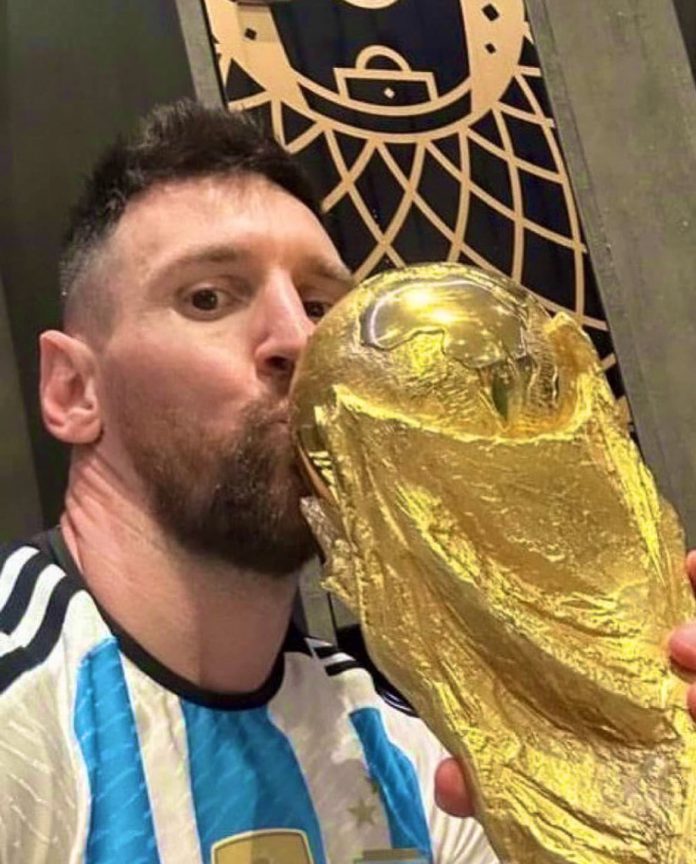 Lionel Messi on Sunday also said that he is not retiring from international football after guiding Argentina to the World Cup glory in Qatar.

Hours after lifting the world cup trophy and living his dream, Lionel Messi took to Instagram to post a series of pictures along with a beautifully penned note.

The star footballer thanked his family and supporter for their love.

‘Thank you so much to my family, to all who support me and also to all who believed in us’

Giving credit to his entire team for the victory, he said, ‘the merit is of this group, which is above individuals, is the strength of all fighting for the same dream that was also the one of all Argentinians.’

Lionel Messi on Sunday also said that he is not retiring from international football after guiding Argentina to the World Cup glory in Qatar.

“Obviously, I wanted to complete my career with this, (I) can’t ask for more,” Messi said. “Finishing my career this way is impressive. After this, what else? I have a Copa América, a World Cup. Almost at the very end.

“I love football, what I do. I enjoy being part of the national team, the group. I want to enjoy a couple of more matches being a world champion.”