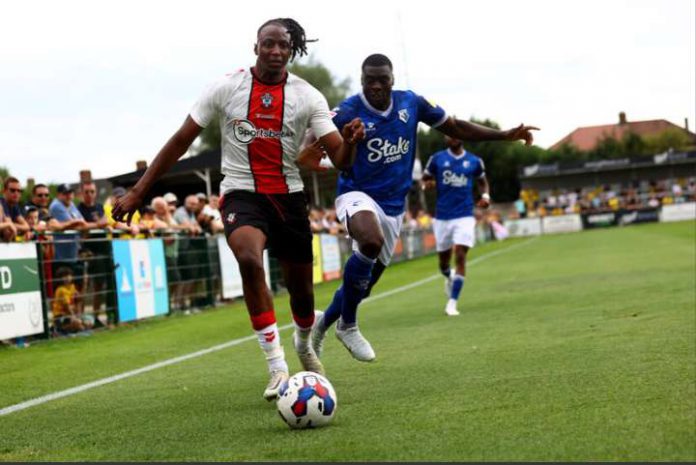 Newly acquired Southampton FC and Nigeria’s Super Eagles midfielder Joe Aribo has explained how he almost quit the game before the intervention of a friend changed his story.

Aribo left Scottish champions Rangers at the end of last season for the English Premier League. The left-footed midfielder while narrating how is dream of playing in the Premier League came to fulfilment said he was on the verge of giving up.

“I went to Kingston College, I was meant to go to another college but I didn’t get in because I didn’t enrol in time,” Aribo revealed, on his Instagram profile.

“I wasn’t playing any football and I didn’t know what I was going to do. I saw one of my old teammates that I was with at under-16 Sunday League level, he was at Staines Town and told me I should come along and play.”

“My dad wouldn’t have allowed me to do anything so he would have me work or study, and my thing was if I was working I wouldn’t have the time or energy to play football.

“So I took the education route, I knew it would be good to go to university but I didn’t actually want to. I struggled and would be late and stuff, it got to the point where I couldn’t keep doing it.”

“I’d gone from I’m going to quit football to I’ve got a trial all of a sudden. It was my first ever trial and there were some big players there,” Aribo added.

“I’ve always had that self-belief, but I remember going into the trial and thinking let’s see where it gets you. This was my last chance, if it doesn’t work I’d stop playing football.”

“I’m always thankful to God for the position I’m in, where I am today and even just being alive,” Aribo said.
“That time winning at Wembley was one of my favourite moments in football, that’s the first major one.”

“Rangers are a real family. It holds a big place in my heart. The fans are amazing as are my teammates and the staff.
“Leaving hasn’t sunk in yet. And that’s the thing with me. I don’t let moments get to me too much.

“I do need to sit down and let this one sink in as it’s a dream come true (to move to the English Premier League). From a child, I wanted this,” he narrated.