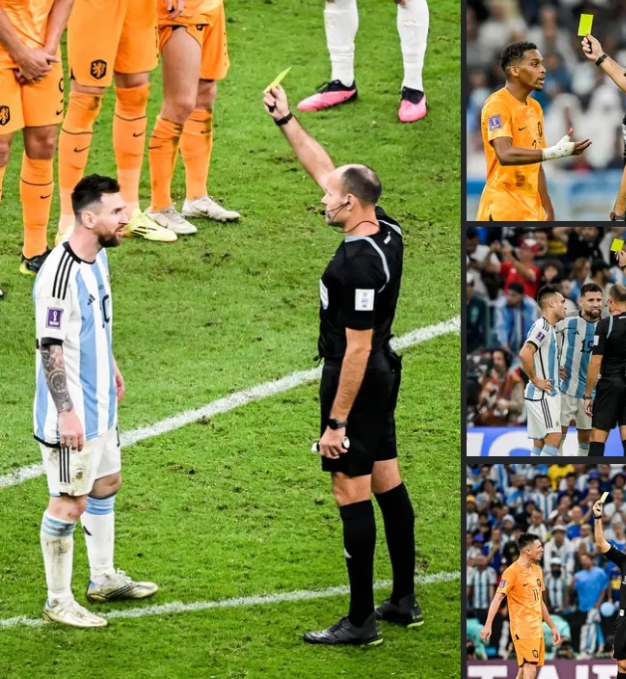 A pulsating World Cup quarter-final erupted in acrimony at the final whistle as Argentina’s players taunted the furious Netherlands squad.

There were an astonishing 14 bookings over the course of 128 minutes – six for the Netherlands, eight for Argentina – plus a yellow card for Argentina assistant Walter Samuel and a red card for Denzel Dumfries. The game was pockmarked by a number of melees.

When Lautauro Martinez converted the decisive spot-kick, Argentina’s jubilant players ran past the heartbroken Dutch with many of them cupping their ears and roaring in delight before heading off to celebrate in front of their supporters. It prompted another skirmish.

Martinez took delight in eliminating The Netherlands – a repeat of the outcome of the 2014 semi-final in Brazil – and claimed he had heard Louis van Gaal, who ended his reign as coach, saying spot-kicks were all part of his plan after they had come from 2-0 down to force extra-time.

‘It was a tricky game,’ said Martinez. ‘I thought we controlled the game really well. We went 2-0 up, basically we controlled the game. The referee was just giving everything for them. All of a sudden they get a good header, a good flick, which I couldn’t see and then it just turned upside down.

‘The referee gave everything for them. He gave 10 minutes [added time] for no reason. He was giving free-kicks outside the box for them, like two, three times. He just wanted them to score, that’s basically it. So, hopefully we don’t have him that ref anymore. He’s useless.’

Where is the tiger? Edenvale SPCA yet to confirm safety of...