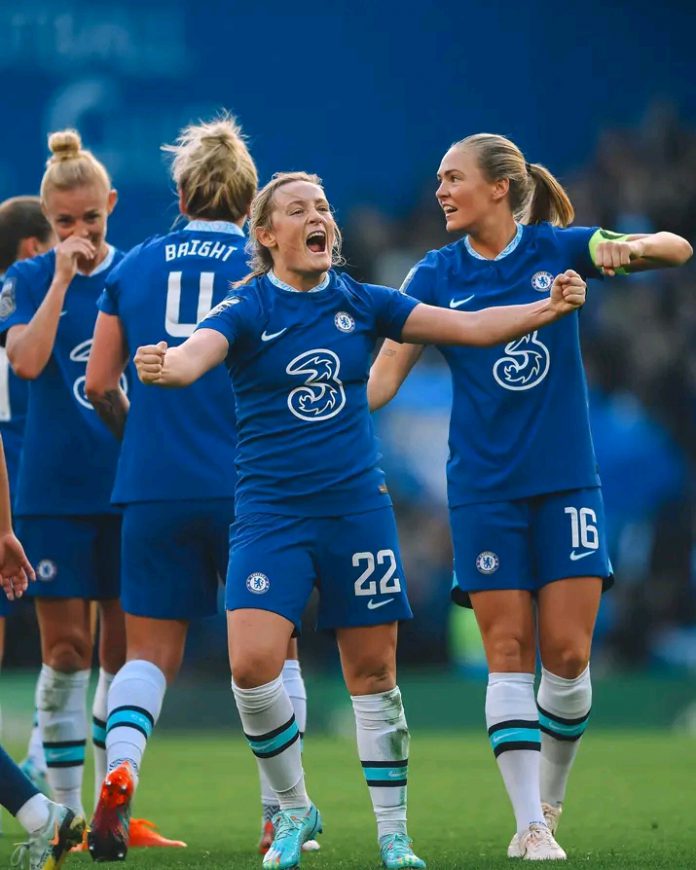 Holders Chelsea have been drawn at home to newly promoted Liverpool in the fourth round of the Women’s FA Cup.

Fellow Women’s Super League side Aston Villa will aim to avoid an upset as they host lower-league opposition – either Solihull Moors or AFC Fylde.

Cardiff City will visit either Burnley or Norwich City while fellow fourth-tier side Hashtag United are away to Championship side Coventry United.

The remaining 13 ties were postponed because of the weather, with most rearranged for this Sunday, 18 December.

The 12 WSL clubs enter the competition in the fourth round, which will be played on the weekend of 28-29 January.

Chelsea beat Manchester City 3-2 in last season’s final to win the competition for a fourth time – and the second year running – before adding the WSL title.

The Double winners will face top-flight opposition for a place in this season’s last 16, just a week after also hosting Liverpool in the WSL.

Record 14-time winners Arsenal will be at home to the winners of Leeds United v Stoke City, while Manchester City host Sheffield United or Nottingham Forest.

Manchester United are away to Blackburn Rovers or Sunderland, while Championship side London City Lionesses will make the short trip to Tottenham Hotspur if they get past Portsmouth.