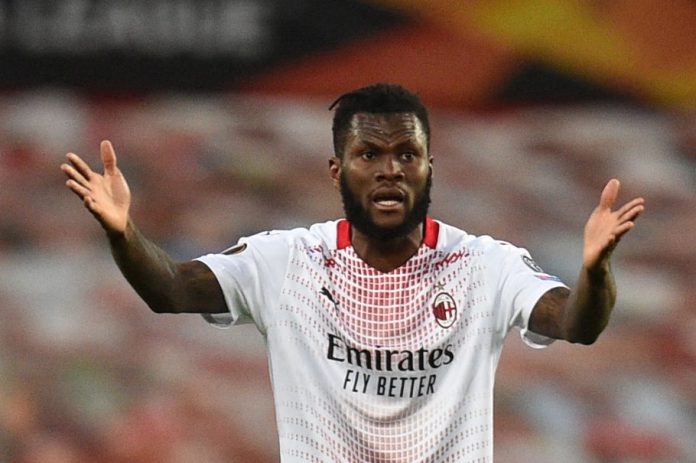 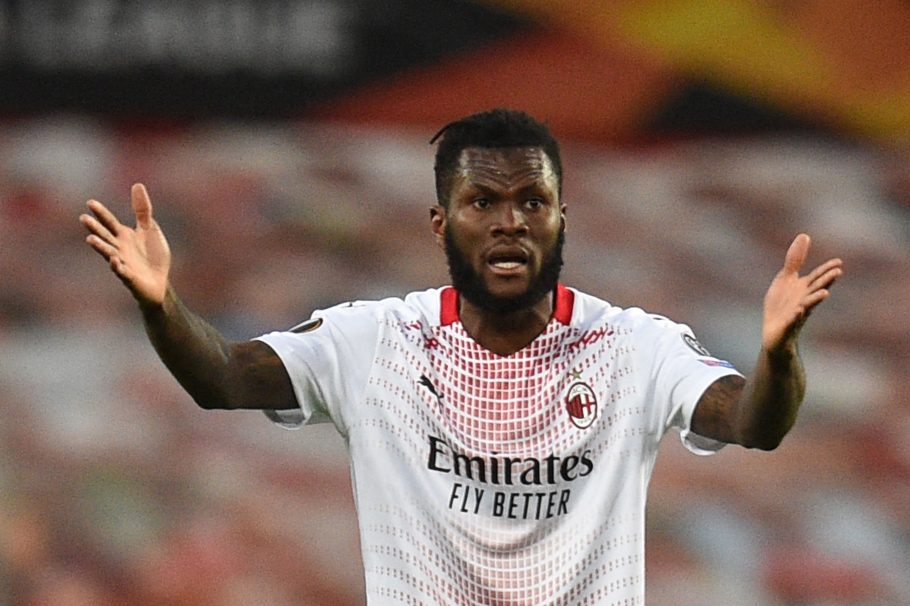 The handball rule has taken centre stage online once again this evening, during the meeting between Manchester United and AC Milan.

Two of European football’s heavyweights are of course currently locked in action at Old Trafford, in a glamour Europa League clash.

Ole Gunnar Solskajer’s Red Devils are playing host to sleeping giants AC Milan, in the standout tie of the Last-16.

It was hosts United who entered proceedings widely viewed as favourites, especially when taking into account the fact that the Rossoneri are without a host of star performers this evening.

To this point in the clash, however, it is in fact Milan who have enjoyed much the better of things.

Stefano Pioli’s outfit have looked considerably more confident in possession, culminating in a pair of disallowed goals, along with a handful of other half chances.

The visitors first found the United net when Rafael Leao was sent free over the top, only for the Portuguese to see his fine finish beyond Dean Henderson ruled out for offside.

Milan have the ball in the net but Rafael Leao was offside 🏳 pic.twitter.com/KM3Yu8BInx

‘Do something about this rule’

Without doubt, though, the main talking point in Manchester, to this point, has come in the form of Franck Kessie’s wonder-strike, and the VAR call which followed.

With 12 minutes on the clock, Ivorian midfielder Kessie was picked out on the edge of the hosts’ box, by means of a throw-in.

From here, the Milan man turned into space, before unleashing a pinpoint dipping effort into the far corner of the United net:

The strike, on the face of it, looked completely legitimate.

However, as has so often proven the case this season, VAR quickly intervened.

In turn, on the back of a lengthy check, it was eventually decided that Kessie, in taking the ball into his path, had in fact been guilty of handball, resulting in the goal being overturned.

And the online reaction to the incident has since proven equally intense as it has swift.

The majority stand by the fact that they could not see what Kessie did wrong, whilst others have simply bemoaned the current state of the handball rule:

THAT IS NOT A HANDBALL THEY’RE KILLING THE BEAUTIFUL GAME

What the fuck is this referee doing? 😂 That wasn’t a handball 😂 Football is done.

Shit rule tbh, what should he do? Amputate the arm?

Quite simply no. Awful decision

They need to do something about this handball rule man! Can’t have it like this – if the ball graces your arm everything has to be canceled. Ruins it

“was that a handball from kessie?” pic.twitter.com/6uGyVCkX1S

VAR really just disallowed that Franck Kessié stunner? Nah, this game is so messed up. Emotion totally getting drained out of it.