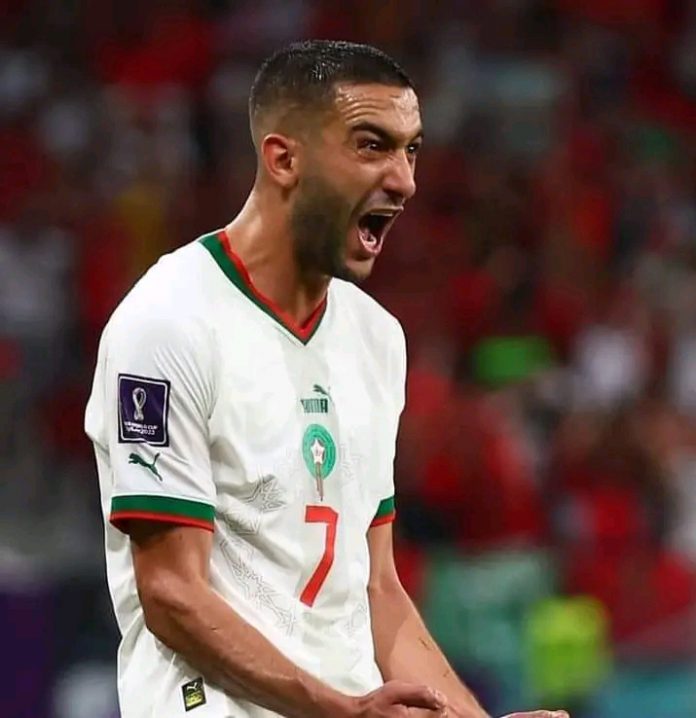 Paris Saint Germaine and Morocco player, Achraf Hakimi the hero with a chipped winning penalty as Morocco defeated Spain 3-0 in a shootout after a goalless draw to reach the World Cup quarter-finals.

The two teams couldn’t be score a single goal after 120 minutes and Spain failed to turn any of their three penalties, with goalkeeper Yassine Bounou brilliantly saving two.

That left Paris St-Germain’s Hakimi – born and raised in Madrid no less – to win it with his nerveless spot-kick and spark jubilant scenes in the stands.

Education City Stadium was filled  by Morocco fans, who went too happy at the final whistle as their side reached the quarter final for the first time, where they will face Portugal or Switzerland on Saturday.

Spain hogged the ball and Morocco sat back plugging the gaps, with very few clear-cut chances being created.

Luis Enrique’s side came closest to breaking the deadlock courtesy of Dani Olmo, who struck an arrowed drive from the angle which Bounou pushed away and the goalkeeper also did brilliantly well to keep out Olmo’s dangerous free-kick late on.