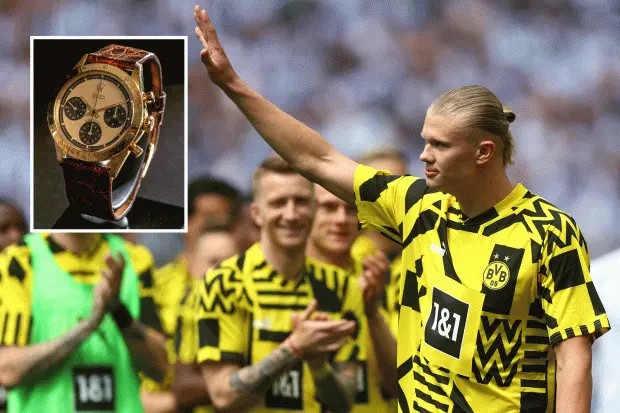 The £51.4million hitman shares the same management team as French World Cup winner Pogba, who is quitting the Red Devils.

And one of the first properties the Norwegian, 21, has looked at since agreeing to join the Sky Blues is the £3million pile, which is also available to rent for a whopping £30,000-a-month.

And a source said: “Erling is keen to get settled down as quickly as possible so he can hit the ground running at City.
He and Paul know each other and share the same management team.

“Given how Paul’s time at United has gone, he’s unlikely to return to the UK so he will be looking to sell his house but he would be happy to rent it if necessary.

“It has everything a top level footballer needs — and a bit of mischief in the house as well with the footie pitch.

Paul and Erling are quite similar characters. They like to enjoy themselves so it could really appeal to him.”

Haaland’s management team and his dad Alfie, who also played for City during his career, viewed the property last week along with three other mansions.

Premier League players returning from Europe now must isolate for 10...