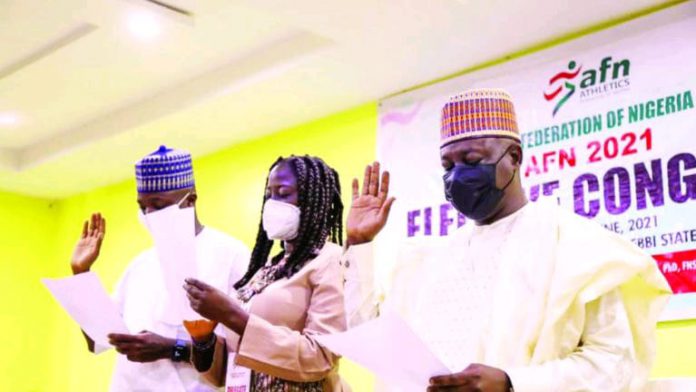 The Nigeria Football Federation says the new Board led by Alhaji Ibrahim Musa Gusau will not discriminate against selection into any of Nigeria’s National Teams of Nigerian players born in any part of the world.

NFF’s Director of Media and Communications, Ademola Olajire, said on Wednesday: “This clarification becomes necessary in view of an incorrect report that has been given wings by sections of the media, insinuating that the NFF President spoke of an impending wall against foreign-born or foreign-based players as far as selection of players into the National Teams is concerned.

“The NFF President spoke about something different from the message that is being conveyed. There is no way an administration that has promised inclusiveness and pledged to stick by merit and quality will go the route of discrimination.”

Olajire assured that selectors of National Teams would be given the free hand to pick players of Nigeria origin from any jurisdiction in the universe as long as they qualify to represent Nigeria and are good enough to make the country proud by ensuring podium appearance for our teams at major competitions.

“The NFF President is unhappy with the slant given the story and insists that no form of discrimination or exclusivity will be tolerated under his tenure. The best will always be in the nest to represent in the best interest of our great nation.

“Primordial sentiments will have no place in the new administration. Anyone who is good enough and is a bonafide Nigerian will be given a level field to fight for the shirt, proudly sing the anthem and play under the flag of our nation.”