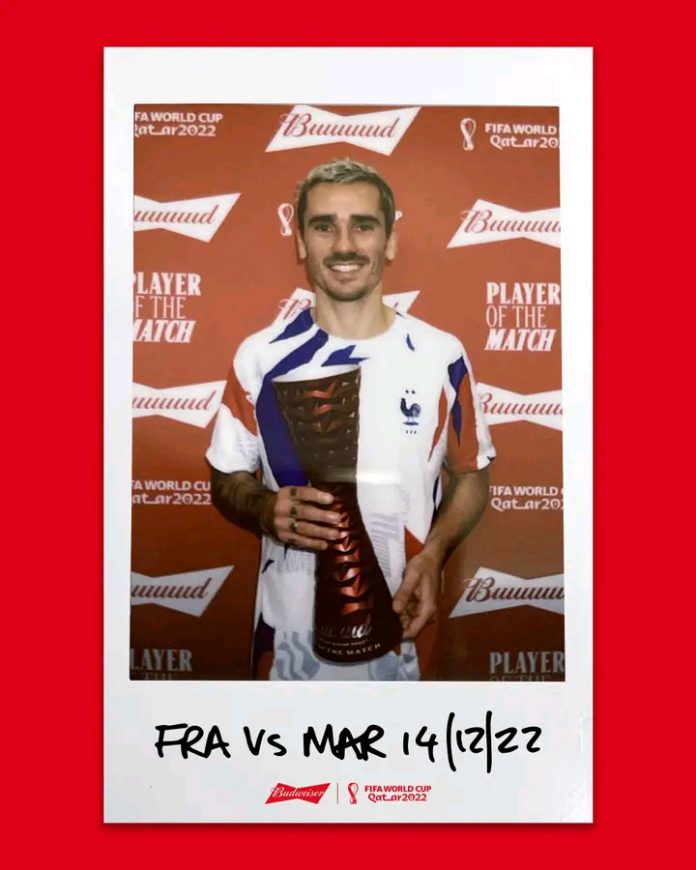 France’s Antoine Griezmann admitted the prospect of facing Lionel Messi would present a totally different size of challenge, after his side saw off an exceptional Morocco team to secure a final showdown against Argentina on Wednesday night.

France are on track to win the first back-to back World Cups in 60 years after their 2-0 win but Griezmann, their outstanding player in the semi-final, said: ‘Any team with Messi in is a totally different proposition.

‘We’ve seen Argentina play and we know how they play. They are a difficult team to play and they seem on top form. It’s not only Messi. They have a strong side around them and they are going to have a lot of support in the crowd. We will be well prepared.’

France coach Didier Deschamps admitted his side face the challenge with a virus in the camp, which forced Adrien Rabiot to miss the game and stay behind at the team hotel. Dayot Upamecano and Kingsley Coman were confined to the bench having been affected by the virus.

Deschamps said the French would have to take precautions to prevent the virus spreading, amid falling temperatures and air conditioning systems. Upamecano will be fit for Sunday’s final.