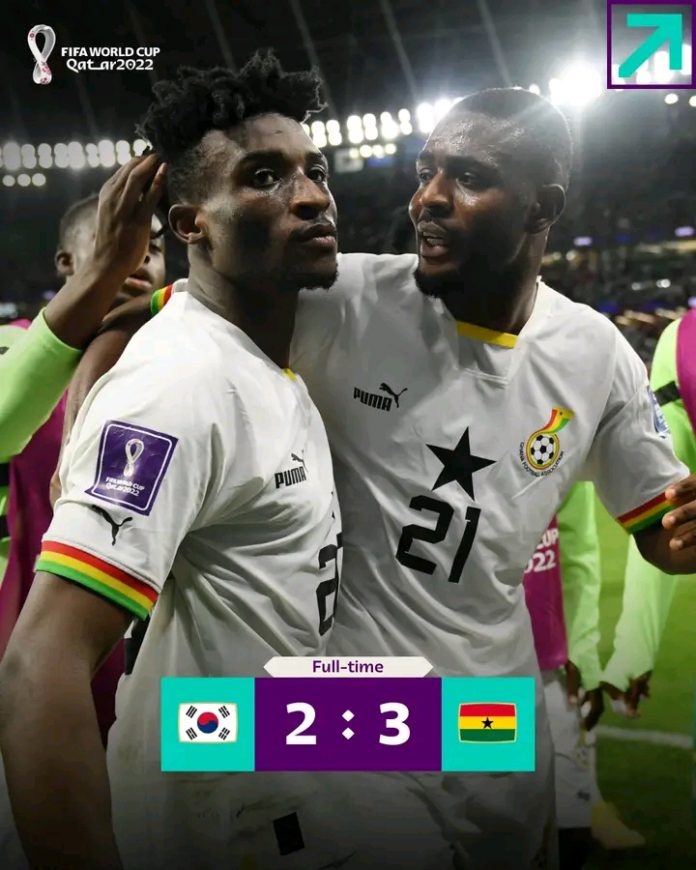 Ghana won an exhilarating match packed with twists and turns against South Korea in front of a vibrant crowd at Education City Stadium in Qatar.

A 10-minute spell in the first half by the African nation gave them a 2-0 lead courtesy of goals from Southampton defender Mohammed Salisu and Ajax’s Mohammed Kudus.

However, noisy celebrations by Ghana fans at half time were dampened by a South Korea comeback after the break.

Two stunning headers in three minutes from Cho Gue-sung, top-scorer in his domestic league, levelled the game after 61 minutes.

But the impressive Kudus, who had deftly headed in Jordan Ayew’s cross in the first half, added a final twist when he thumped in a third for Ghana to break South Korea’s hearts.

Chances continued to fall South Korea’s way as they searched for another equaliser but, despite 10 minutes of added time, Ghana held on.

ANC, EFF and ActionSA to battle it out for control of...

“Sue me” – Model, Julia Fox defends sleeping in the same...

OFFICIAL: Arteta voted the EPL Manager of the Month for Nov/Dec