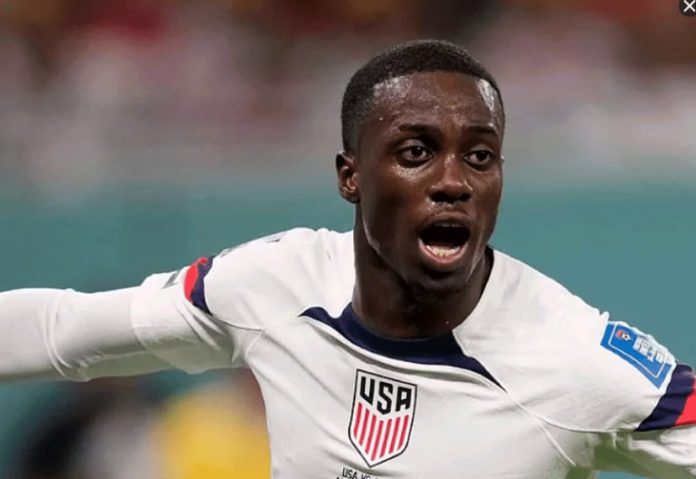 It was a landmark moment when Tim Weah scored for the USA in the match against Wales Monday night.

He did what his father never achieved. Tim is the son of Liberian president, George Weah, a great player in his active footballing days and the only player to have concurrently win footballer of the year across the globe and in two continents.

But George Weah never had the opportunity of playing at the World Cup. The closest he was to achieving this was 20 years ago.

But his Liberia wer upstaged at the last moment by Nigeria’s Super Eagles in the contest to get to Korea/Japan World Cup.

President Weah is in Qatar at the moment, ostensibly to watch his son, Tim.

As the US took the lead against Wales in the 36th minute, Tim Weah became the first player to score for the United States in the 2022 World Cup in Qatar