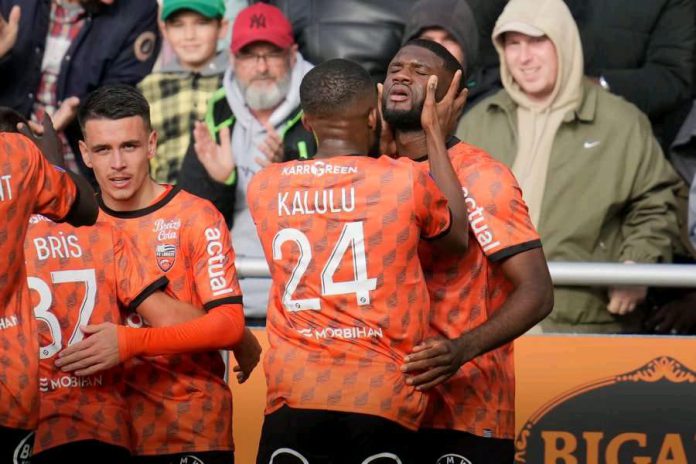 French Ligue One champions proved too much for their league rival FC Lorient on Sunday afternoon as they defeated them 1-2.

Despite losing at home to the champions, Nigeria’s Super Eagles striker Terem Moffi did enough to prove himself in the game.

Brazilian international Neymar put PSG ahead in the 9th minute to cap their domination in the game.

The Nigerian forward lived up to expectations in the second half as he netted the equalizer in the 54th minute.

He almost completed his brace in the 57th minute but his shot hit the crossbar.

Pereira sealed the game for PSG in the 87th minute and secured them maximum points.

The defeat dropped Lorient to the 4th position with 27 points from 14 matches.

‘Joshua Will Lose Again to Usyk in Rematch’