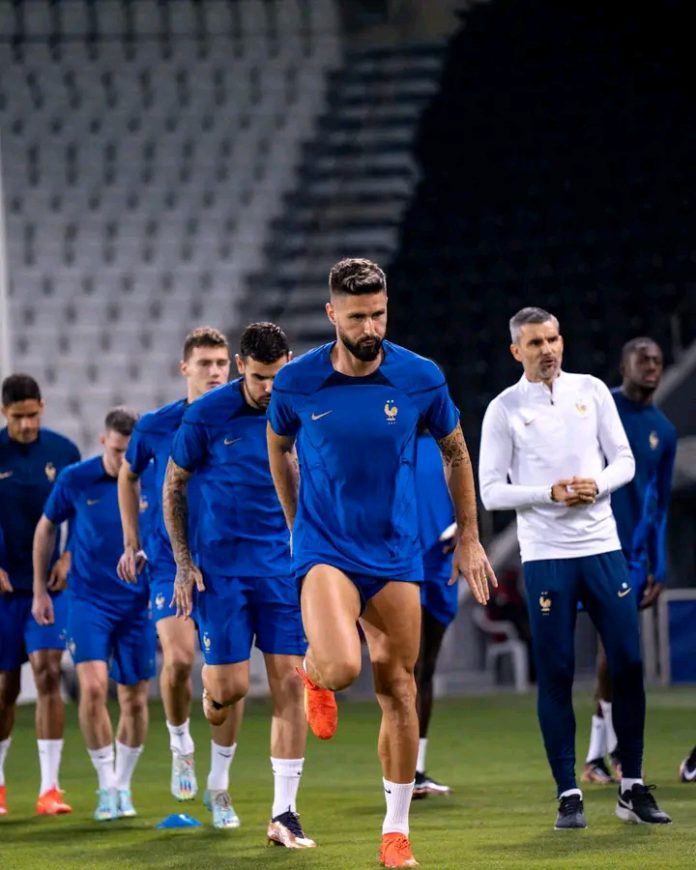 Olivier Giroud has been a key figure for France at the Qatar 2022 World Cup but could reportedly miss the final due to injury.

Just when it looked as if things were starting to look rosy again on the selection front for France head coach Didier Deschamps, along comes another potential setback, with L’Équipe reporting that target man Olivier Giroud is in danger of missing Sunday’s Qatar 2022 World Cup final against Argentina.

Deschamps has had several injury and illness worries to contend with over the course of the last few days although the worst of it seems to be over. Defender Dayot Upamecano and Adrien Rabiot, who started four of France’s first five games in the tournament, missed the semi-final victory over Morocco due to illness, with the virus subsequently passed on to centre-backs Raphaël Varane and Ibrahima Konaté, who started in the heart of the defence against the Atlas Lions, and winger Kingsley Coman.

There had been fears earlier in the week that the bug could put paid to at least some of their hopes of featuring in Sunday’s final but all five players returned to training on Saturday and look to be ready to play. Interestingly, L’Équipe also revealed that Deschamps tested out a central defensive pairing of Upamecano and Konaté, presumably as a trial run should regular starter Varane suffer a setback before kick-off.

With or without the World Cup, he is the best’: Andres...