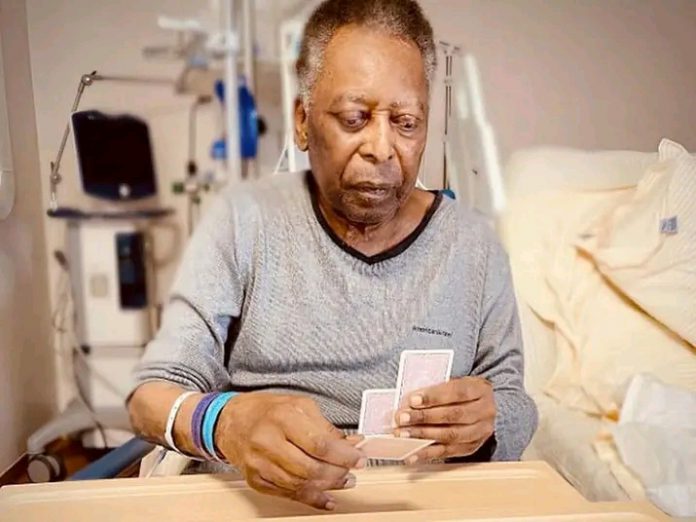 The 82-year-old, who won the World Cup in his career three times in 1958, 1962 and 1970, was omitted to hospital to treat a respiratory infection that was aggravated by Covid.

Despite initial concerns that he was close to death, his daughters Flavia and Kely Nascimento quickly moved to rubbish those reports and said he is ‘sick’ but is still supporting Brazil in their bid to win the World Cup.

A tweet on Pele’s official account on Monday, which included a photo of him as a young man, read: ‘In 1958, I walked the streets thinking about fulfilling the promise I made to my father.

‘I know that today many have made similar promises and are also going in search of their first World Cup.

‘I’ll be watching the hospital game and I’ll be rooting for each one of you. Good luck!’

Pele is Brazil’s greatest player ever and fans in Qatar showed their support for him by unfurling banners inside the stadium when they played Cameroon in their final group stage match.

Similar demonstrations are expected for as long as Brazil are still in the tournament, with France superstar Kylian Mbappe among those tweeting about Pele as ‘the King’.

New feature to allow city residents to self read their water...